August 12, 2022
Home Baobab Chinese Investment in Africa: How Much Do We Know?

Chinese Investment in Africa: How Much Do We Know? 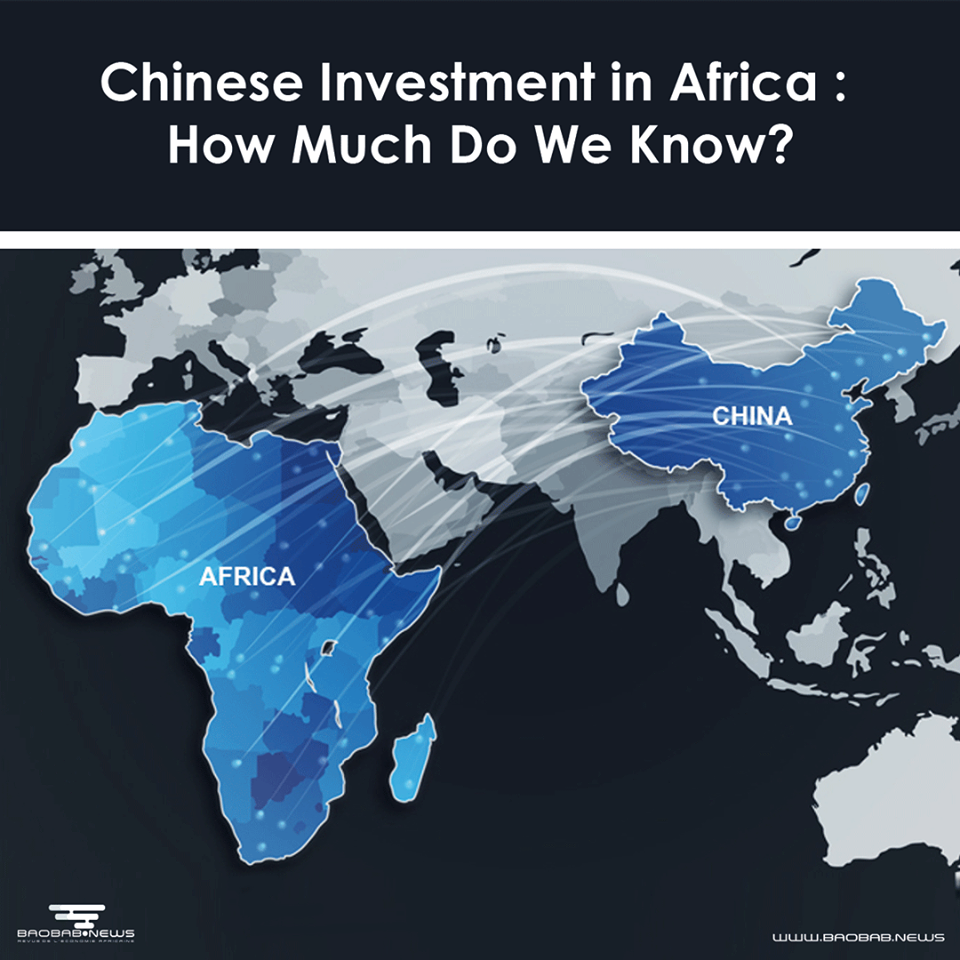 China’s investment in Africa takes the form of loans in exchange for infrastructure development. Oftentimes, Chinese companies and citizens reap the benefits and profits of these large projects. While many Africans welcome the much needed investment into their countries, it’s not clear how much the continent is benefiting from this Chinese influence.

Since it has decided to become a major player in globalization and to make Africa its preferred partner to realize this ambition, China plays with its billions a central role in the development of the continent. In the name of the “mutual interests” he cites so often, the Asian giant has become, in just over ten years, the continent’s largest trading partner, one of its most important financial partners, along with its principal site manager.

Every year since 2013, the official launch date of the Belt and Road Initiative (BRI), China’s construction companies are earning $ 50 billion (€ 44.4 billion) worth of construction contracts in Africa. And since the early 2000s, Beijing and its banks have invested $ 118 billion on the continent. Only the United States has, at the same time, captured more funds from the Chinese financial sector.

After two gloomy years because of the fall in natural resource prices, Chinese foreign direct investment (FDI) flows are starting to rise again in 2017, reaching a stock of 43 billion dollars. This allows Chinese investors to hound their French counterparts in Africa and get closer to the British and Americans.

But it is still in commercial matters that China plays at its best complementarity with African economies. Under $ 10 billion in 2000, trade exceeded $ 204 billion last year.

“Between our energy needs and those of Africa in manufactured products, the trend will only be confirmed in the future,” said Zhang Jianping, an economist with the Ministry of Commerce (Mofcom). The very structure of these exchanges will have to change.

Long favored by Africa for a long time, the trade balance reversed in 2016, between the collapse in value of many raw materials exported by Africa and the ever-increasing volumes of consumer goods it imports from China. . Since then, the deficit has grown a little more each year to the detriment of a number of countries on the continent.

China is counting on the continent to produce tomorrow consumer goods (food, clothing …) that will supply an increasingly integrated African market thanks to the new African Continental Free Trade Zone (Zleca), as well as a Chinese economy. to move towards the tertiary sector to boost growth to 6.2% in the second quarter of 2019, its lowest level in nearly 30 years. “Hence the importance of helping Africa develop its own capabilities”.