Ranking of African countries in the Logistics Performance Index 2018 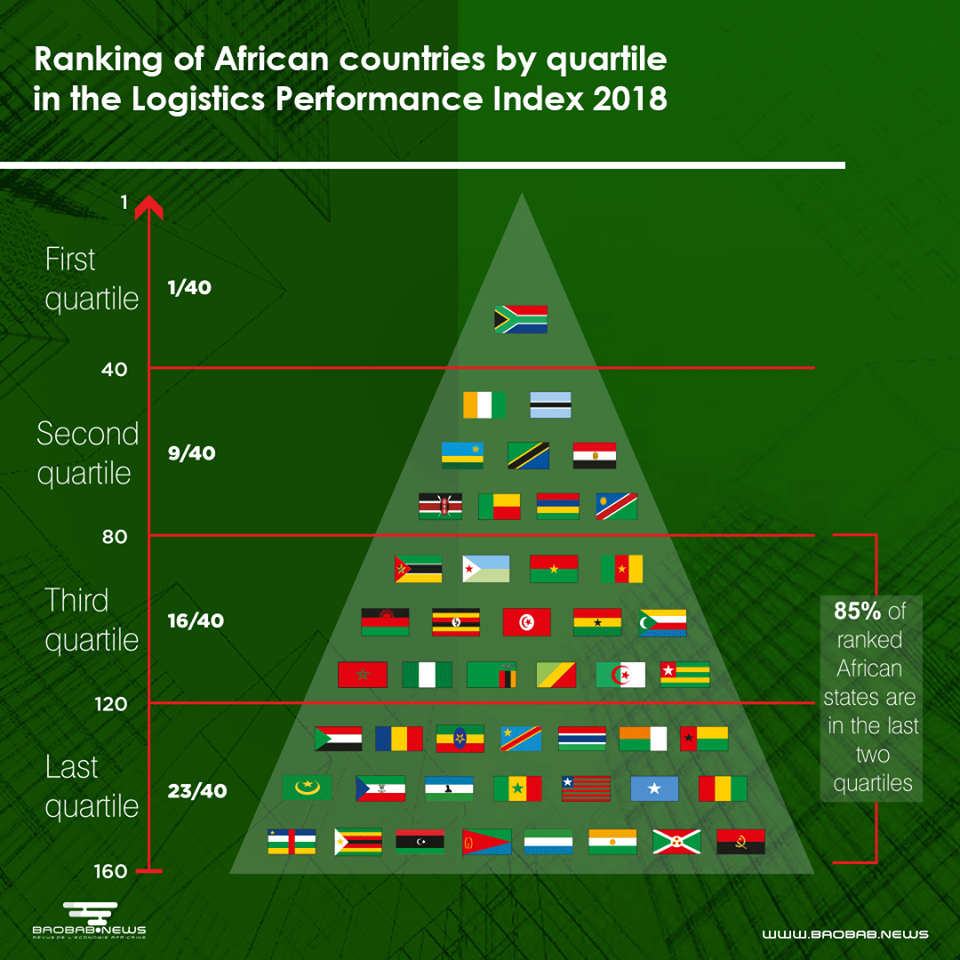 Significant logistical challenges remain to ensure the integration of the African continent.

85% of rank African states are in the last two quartiles of the Logistics Performance Index. Major economies, such as Algeria or Nigeria, are in the third quartile.

Logistics in Africa is slowly converging on international standards in terms of costs and deadlines. Nevertheless, the landlocked countries still suffer from logistical problems: the transport of a container from Abidjan to Ouagadougou is twice as expensive as that of Shanghai to the Ivorian port, on a route 16 times shorter. It takes another 11 hours for a truck to travel from Lome to Cotonou, just 150 km away.

African logistics services remain unsophisticated relative to other emerging markets. Logistics giants capable of delivering world-class solutions are gradually establishing themselves in Africa. The continent’s share is progressing slowly in their activities (7% of DHL’s turnover is generated in the Africa – Middle East region).

As Africa gradually develops world-class logistics centers, the majority of ports remains subcritical. Only two African ports are in the top 100 container ports in the world : Port Said in Egypt and Durban in South Africa.

In terms of airports, only the countries of North Africa, South Africa and Ethiopia have world-class airports.

African countries need to invest more in the logistics sector to get the performance of their most effective peers.

Many infrastructure projects, complex by nature, would benefit from being better structured. Many are not bankable and have high failure and delay rates. Less than 20% of the announced PPPs in Africa are in place.