Togo : Development of Business creations in 2019 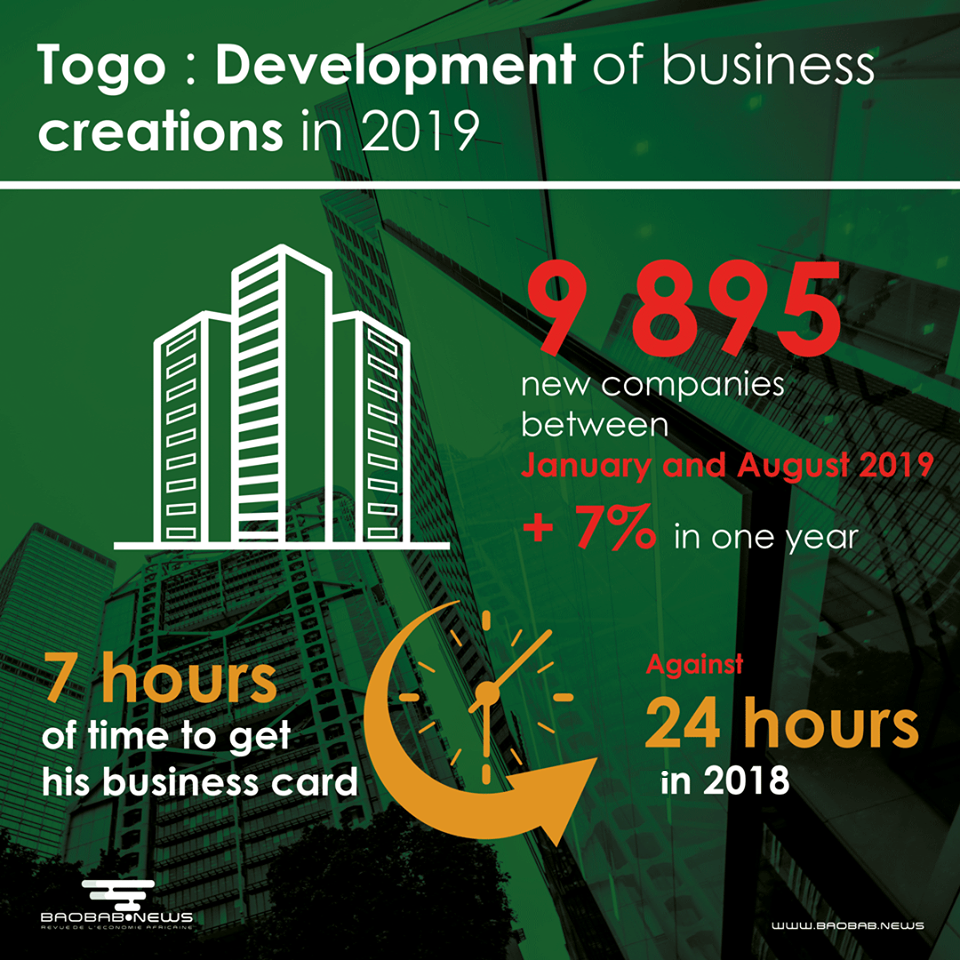 The number of entities created over the first eight months rebounded in August, registering an increase of 7% year-on-year, according to statistics from the Corporate Formalities Center. Specifically, 9895 new entities were created from January to August 2019 compared to 9205 a year earlier.

This dynamic should continue thanks to the recovery in economic activity and especially to measures taken in the context of improving the business climate. This is the case of the drastic reduction of the delay of a creation procedure. Already reduced to 24 hours in 2018, the time required to obtain a business creation card has been increased to 7 hours since February 2019. This reform will be completed by the ‘promising’ debut of the dematerialization of procedures with implementation. means of payment mobile (Flooz, T-money) and bank (Mastercard, visa, transfer).

The reform of the private sector, which allows entrepreneurs to create a non-recourse limited liability company, was recently hailed by the World Bank who, in the process, chose Togo as one of the 20 most reforming economies in the world.

Since 30 September, the abolition of registration and stamp duties for business creation has been effective.