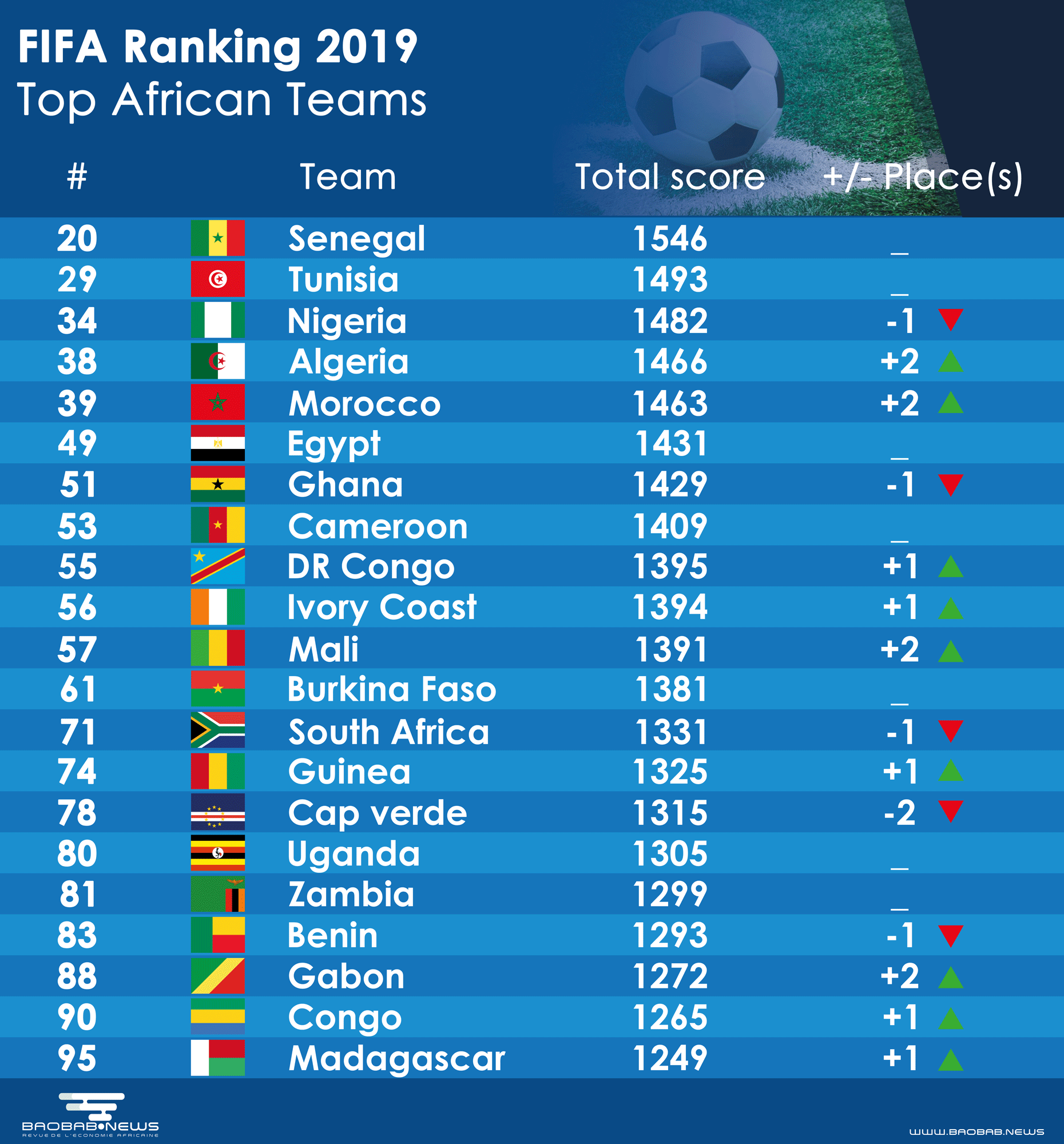 Senegal, finalist of the 2019 African Cup of Nations, remained the highest ranking team in Africa. The Teranga Lions remained ahead of Tunisia, which is 29th in the world after a 1-0 win in a friendly against Mauritania.

Nigeria is still Africa’s third highest ranked team, but lost a place to rank 34th after a 2-2 friendly against Ukraine.

Algeria, CAN champion, ranks fourth on the continent while climbing two places to be ranked 38th in the world after beating Benin 1-0 in its first friendly match after the recent continental performance.

Egypt completes Africa’s fifth place by remaining in 49th place overall despite not playing any matches during the international break.

Ghana lost a place in 51st position. They are followed by Cameroon in 53rd, DR Congo in 55th and Ivory Coast in 56th.

South Africa lost a spot after their friendly against Zambia and their backup match against Madagascar were canceled in response to the xenophobic attacks that were taking place in the country at the time.

Note that Eritrea, 207th, closes the African march to the FIFA ranking of September 2019. 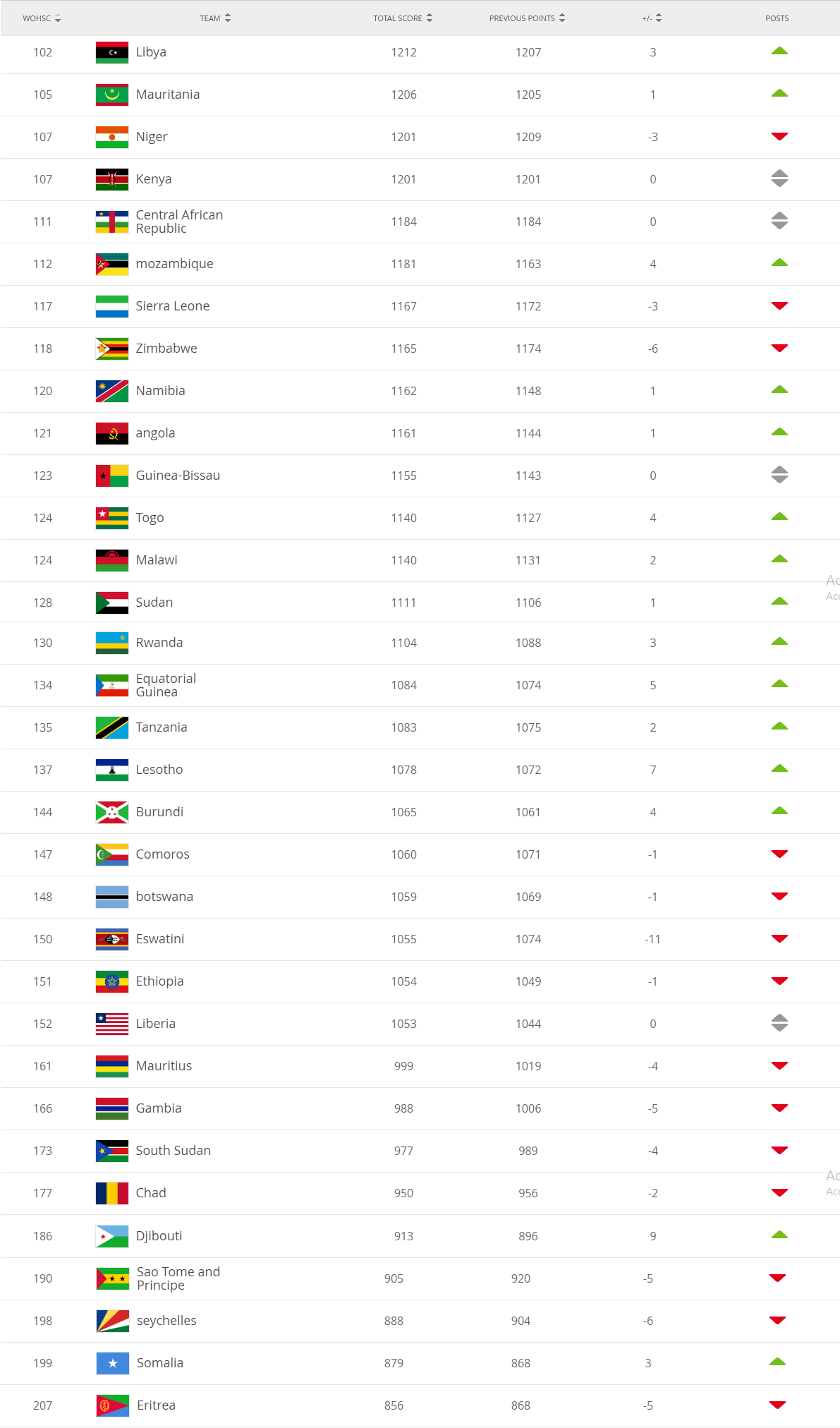