What are The Most Expensive African cities in 2019 ? 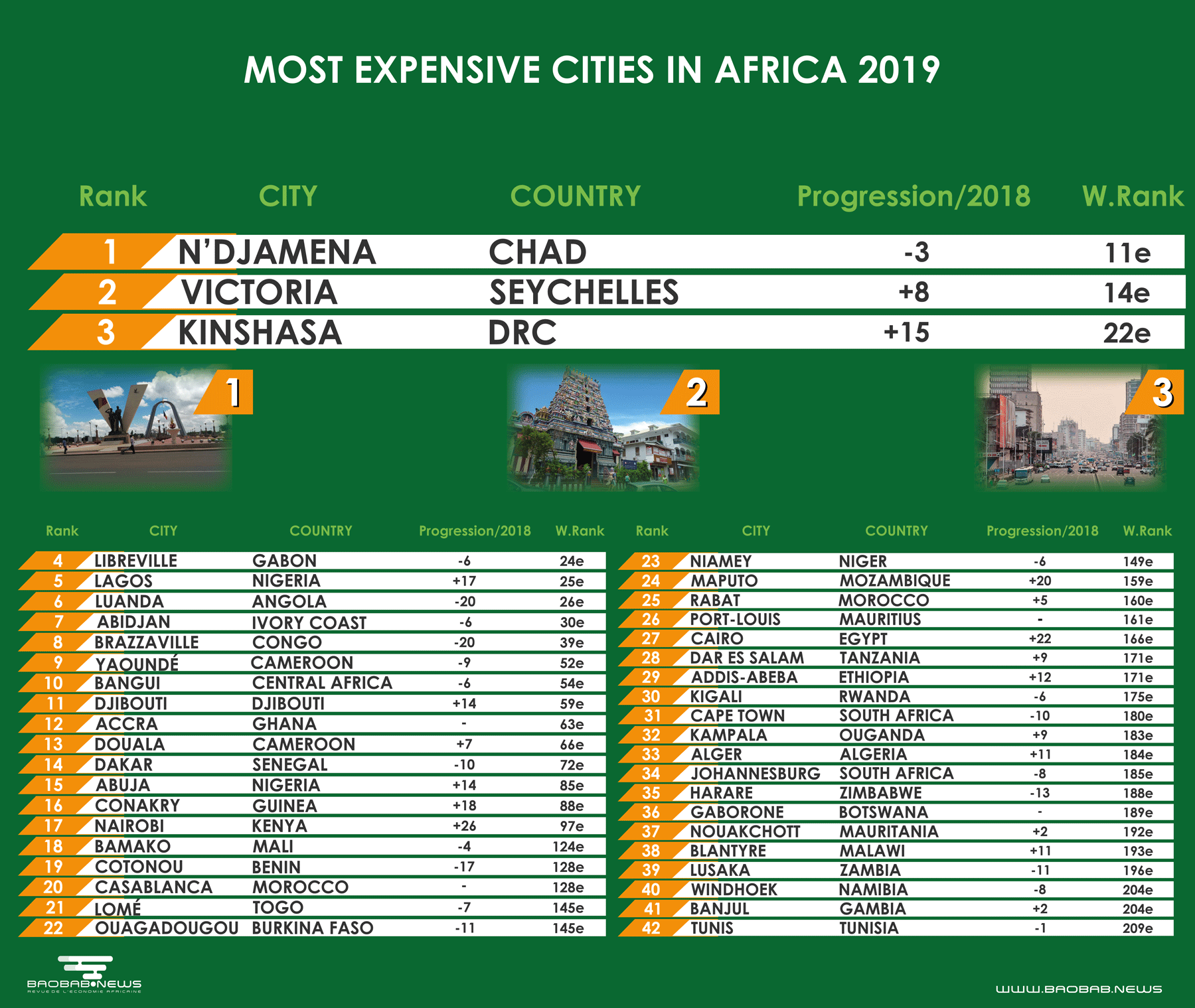 Mercer has released its 2019 rankings, the most expensive cities for expatriates in the world. For this year, out of a total of 209 cities in the world, 42 are African.

According to this survey, the most expensive city in the top 10 in Africa is N’Djamena, the capital of Chad, occupying 11th place globally. It is followed by the cities of Victoria (Seychelles), Kinshasa (DRC) and Libreville (Gabon) which rank respectively 14th, 22nd and 24th worldwide. Then come the cities of Lagos (Nigeria), Luanda (Angola), Abidjan (Ivory Coast) and Brazzaville (Congo).

The cities of Yaounde (Cameroon) and Bangui (Central African Republic) come in 9th and 10th place.

The rest of the ranking is in the graph above.

It should be noted that Mercer’s ranking took into account several criteria, including the cost of housing, transportation, food, clothing, household goods and entertainment in the cities studied.

It is also important to note that Tunis, the Tunisian capital remains the cheapest city in Africa and the world in the last two rankings.