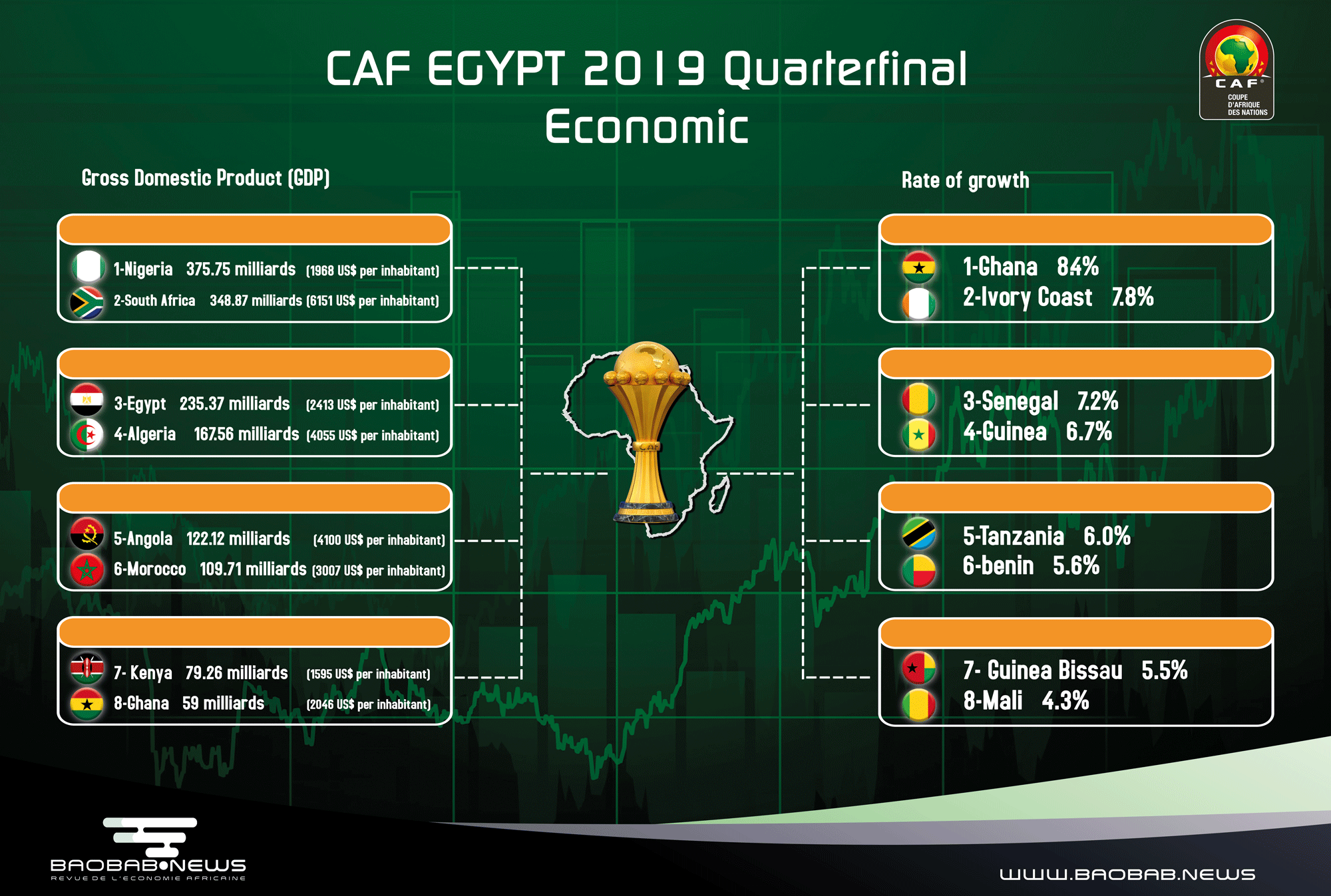 The African Cup of Nations 2019 is the 32nd edition of the African Cup of Nations, which will be held in Egypt from June 21 to July 19, 2019. It is the first organized event of 24 participating teams and to take place in summer. The organization of the tournament is good news for Egypt, because of its infrastructure and its many hotels, which encourages the return of the public and the tourism, the increase of the national income coming from foreign currencies, a strong occupation hotels and jobs. The organization of any international sporting event, regardless of the challenges or lack of time before the event, has raised many expectations about the importance of winning this organization in terms of economy and well-being that will come back in the Egyptian state to the next step.

Breakdown of the teams after the draw

Breakdown of teams according to their economic growth

The World Bank expects Egypt’s economic growth to reach an average of 4.2% change for the current fiscal year 2018/2019, thanks to the improved business climate, investment growth and high consumption private.

Below is an overall scope of the GDP and Growth Rate of each country participating in CAF 2019:

Ranking of the 8 finalist teams by GDP

Ranking of the 8 finalist teams by Growth rate