Africa: Population growth as a boon? 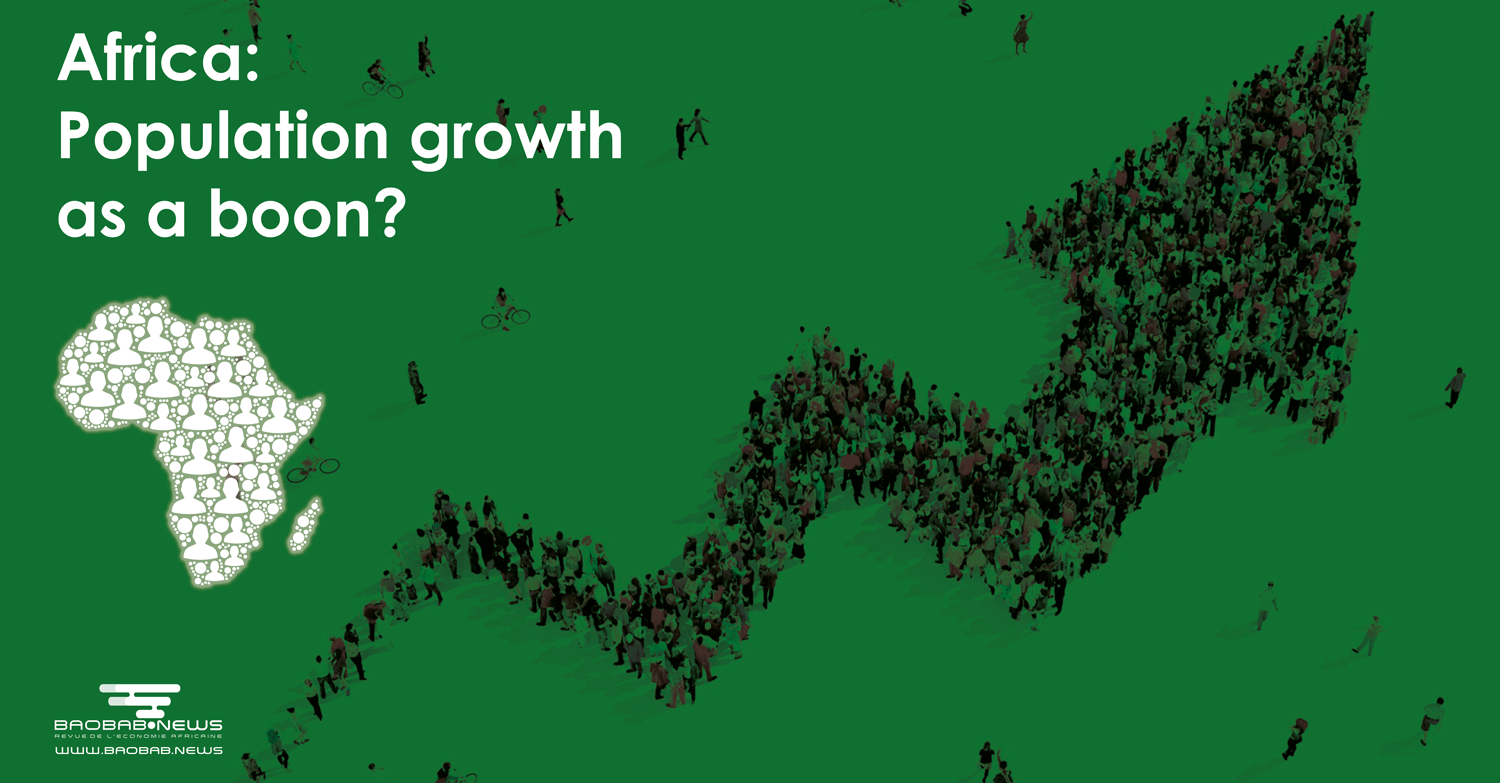 According to the report Population Prospects worldwide UN published June 17, 2019, the sub-Saharan African population is expected to double by 2050 from 1.06 billion people in to 2019 2.2 billion of inhabitants in 2050. Thus, Nigeria, with a population of 191 million people today will reach more than 410 million souls in 2050, making this country the third most populous on the planet after India and the China. Niger will go from 22 million inhabitants in 2019 to 69 million people in 2050. This rapid demographic transition is presented as the major challenge of the continent; we sometimes speak of “ demographic bomb“. African and Western leaders are clearly showing their concern about this demographic “explosion”.

First, note that demographers prefer to speak of demographic “projections” (or “perspectives”) than demographic forecasts; it is a detail of vocabulary but which has its importance. It is indeed a question of determining a possible evolution of the population under the conditions imposed on mortality, fertility and migration. These conditions are of two types: either they are chosen as seeming the most reasonable, taking into account previous developments and those of other countries; or they are of the “What if…” type, intended to illustrate alternative, sometimes extreme or unrealistic hypotheses. To make projections, we start from some initial conditions. It is therefore necessary to have reliable data on the initial population, by sex and age (censuses) and the initial levels of mortality, fertility and migration (civil status, surveys, etc.). It is also accepted that at any time, the population of a country is best known with an accuracy of the order of 2%  ; which is not anecdotal! If we resume the work of the UN in 1994, they forecast 170  million inhabitants in Iran in 2050. Those of 2014 count on 90  million. In 1994, the forecast is established at 60  million French in 2050. In 2010, one counts on 73  million. The uncertainty about the evolution of the parameters used at the input of the demographic projection makes the prospective exercise delicate with more or less convincing results. Nevertheless, I will take, in the rest of the article, for cash the African demographic projection for the horizon 2050 of the UN.

The fears generated by population growth are generally of three types. The first is the scarcity of resources as a corollary to the abundance of human beings on a planet with limited resources. The second is that which postulates on the slowdown in the development of the African continent because the latter, which is already struggling to feed its inhabitants, will not be able to absorb a demographic shock. The last is essentially Western and is linked to the issue of African migrations to the countries of the North. If these fears are sometimes justified, we will see later that an increase in population is good news for Africa.

Is population growth synonymous with a shortage of resources?

In history, several doomsday scenarios of resource scarcity have flourished. In 1798, Malthus published his famous work Essay on the principle of the population in which he explained that the yields of an agricultural field are decreasing as workers are added to it. He believed that the increases in surplus food which geometrically increase the population should cause it to fall back into scarcity and misery. He failed in his forecast. In 1968, the American biologist Paul Ehrlich , known for his neomalthusianist engagements, published his book entitled The Bomb Pin which he was worried about the famines that the world would experience in the 70s due to a demographic increase. His predictions turned out to be wrong. The technical predictions of neomalthusianism are very often ill-founded for two main reasons. The first relates to the fact that the physical quantity of a resource in the earth, however narrow the definition, is never perfectly known, since we only seek raw materials as the need arises is felt; an illustration of this phenomenon is the increase in known reserves of a resource such as copper. The second echoes man’s ability to develop new methods to meet his needs. Man would be the ultimate resource to use the title of the book by the famous economist Julian Simon published in 1981. The think tank Human Progress has developed the Simon Abundance Index to pay homage to the economist Julian Simon who took the opposite view from the Neomalthusianist theses. This indicator measures the evolution of the accessibility of resources for humanity by calculating the evolution of the average working time necessary for the purchase of a particular resource unit on a global scale. It shows that an individual can, in 2019, afford 3.6 times more units of resources than in 1980 for the same amount of work. Economic growth therefore goes hand in hand with population growth.

Population growth as a limiting factor for Africa’s economic development?

In economic development theory, it is widely accepted that population growth is a brake on development because the development objective which is the increase in per capita income is the maximization of an expression having the population variable as the denominator.

The clearest approval given in favor of demographic growth is that of the Belgian sociologist Eugène Dupréel in his essay Population and Progress published in 1928. He traces there the mechanisms engendered by demographic growth which, in fine, lead to better management of administrative, political and cultural affairs. He shows how population growth has direct positive effects on individual motivations. The bias of pessimistic reasoning on the future of Africa is the inability to take into account the capacity for innovation and positive contribution of Africans. In the short term, additional children involve additional costs, although the costs imposed on people other than parents are relatively low. Over a longer period, however, per capita income is likely to grow faster for a growing population than for a stationary population, in both developed and African countries.

Population growth has been an integral part of the development process in today’s economically advanced countries. It would be dishonest to consider the demographic growth of Europe in the 19th century as having had a depressing influence on its economic development.

What about tomorrow’s migrations?

The demographic transition in Africa is a subject of concern among Western leaders. The migration problem is partly a media construction. Theses such as that of Stephen Smith’s “rush from Africa to Europe” are sorely lacking in scientific basis. Migration is more south-south than south-north. The World Bank (2016) estimates that South-South migration in Africa is 67%. Migration is therefore mainly in neighboring countries. The migration of tomorrow will be significantly reduced since the demographic increase in Africa will be accompanied by sustained economic growth.