The 10 sectors of the future in Africa 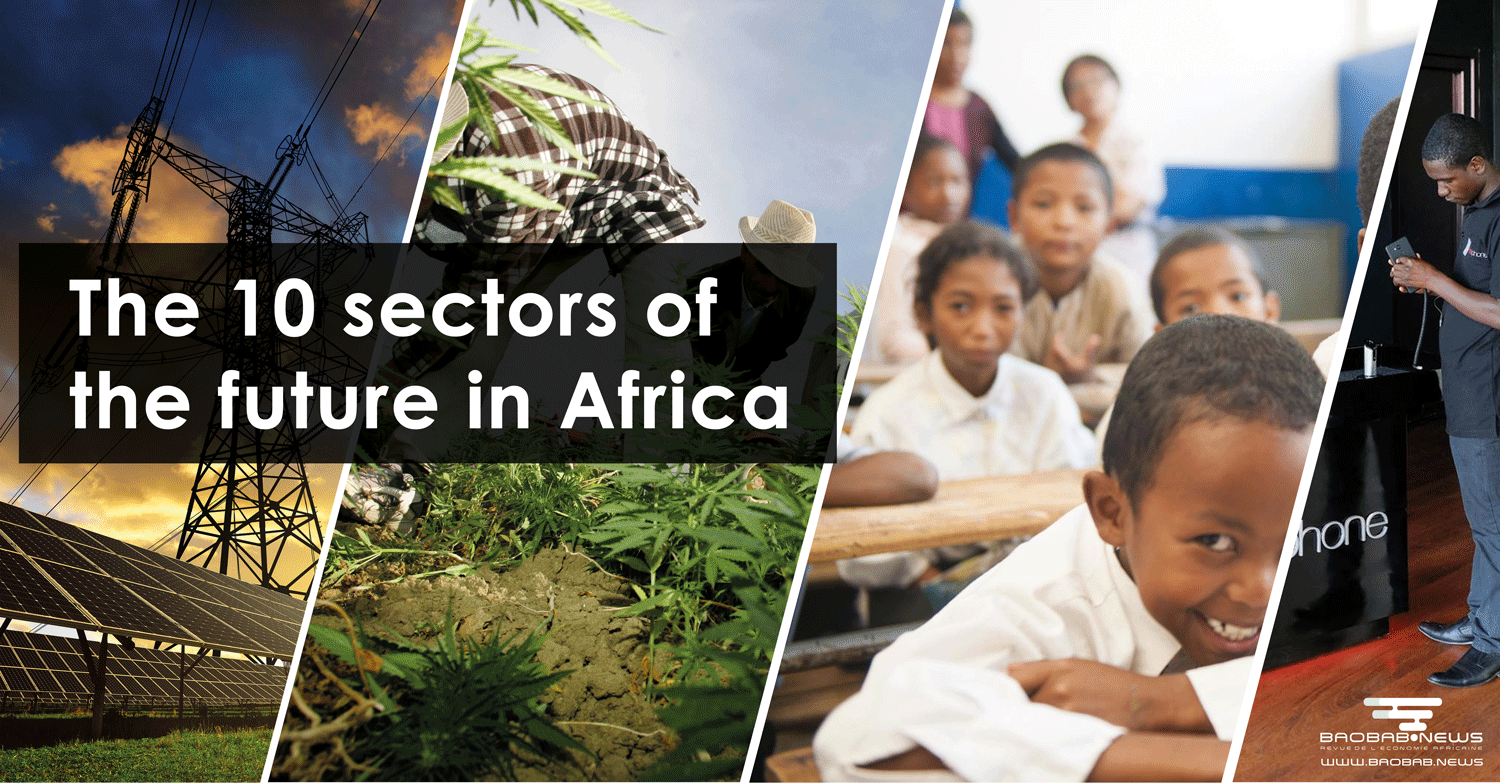 The 10 sectors of the future in Africa that will make the millionaires of tomorrow. Today, it is the rise of the middle class and the digital revolution that are boosting Africa. Half of the world’s fastest growing countries are African. The latest Wealth Africa Report by New World Wealth reveals that there are now more than 160,000 millionaires in Africa.

Interestingly, from 2000 to 2014, the number of millionaires on the continent grew by more than 145%, compared to the global growth rate of 73%. In recent years, most “new millionaires” have been young entrepreneurs and investors who have created promising businesses and invested in lucrative sectors of Africa’s rapidly growing economies. This year, many new millionaires will join the club.

Solar energy is one of the most abundant natural resources in Africa. Most parts of sub-Saharan Africa enjoy more than 300 days of free sun given by God each year.

Agribusiness is Africa’s untapped gold mine, and a major potential source of millionaires in 2016.

Africa is currently the second fastest growing market for mobile phones after Asia. However, the first wave of the mobile phone revolution in Africa is almost over.

The Internet market in Africa is worth billions of dollars.

With one of the youngest populations in the world (more than 50% of Africans are under 31), the continent is rich in creative and innovative talent. However, lack of access to quality education is a serious threat to Africa’s human capital.

In November 2014, a collection of ancient African art from Mali, Gabon, Congo and Liberia was sold to New York at Sotheby’s for a record $ 41 million. This is the largest sum ever made of selling African art in the United States.

Africa is now one of the fastest growing retail markets in the world. A growing middle class, increasing local purchasing power, and a boom in the number of expatriate workers are fueling the trend of buying on the continent.

There is a digital revolution in Africa. These days, many services now have an app or go online. Africa’s digital economy is growing very fast.

Every year, in Africa, more than $ 100 billion in transactions are always made in cash. This poses a huge and lucrative opportunity for financial services for savvy entrepreneurs.

The real estate market in Africa is worth an estimated multi-billion dollar, and several new millionaires will build their fortunes in this market.