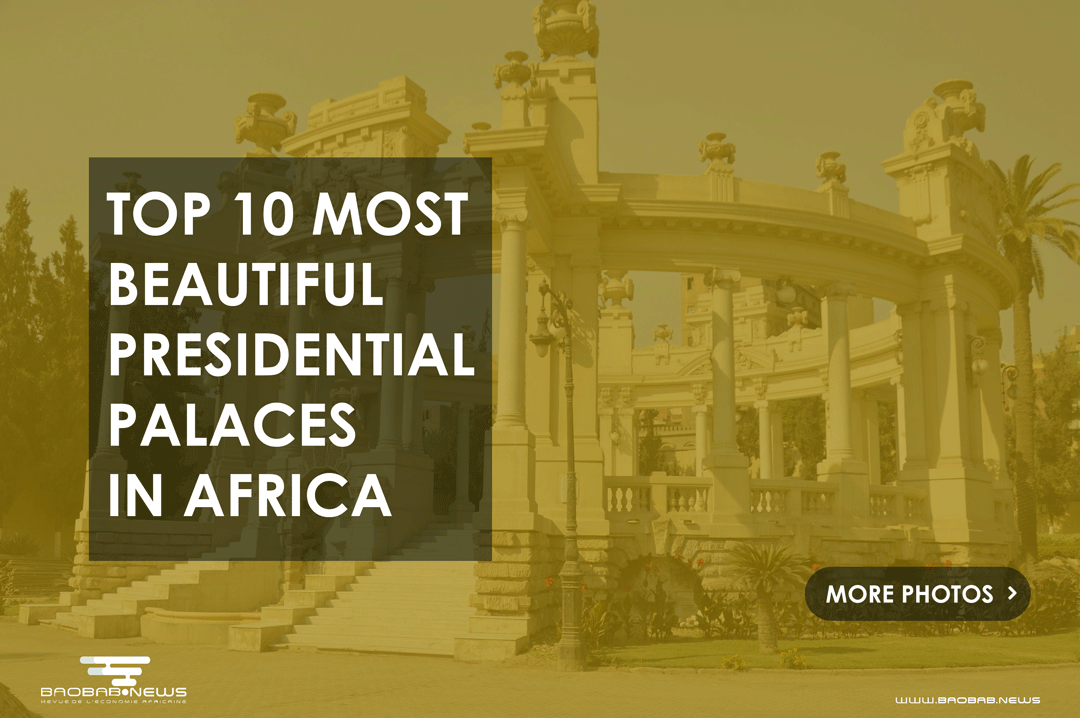 It took ten long years to arrive at the inauguration of this masterpiece, a symbol of power in Egypt. Built on an area of ​​24 hectares, the palace is built by French architect Léon Rousseau. The palace garden added in 1921 is another innovation that has brought significant added value to the influence of this architecture that is the pride of all the Egyptian people. The Unity Palace is the name of the residence of the Head of State of Cameroon, Paul Biya who has been living there since 1982. It is located in Yaoundé, more precisely in Etoudi . The Unity Palace also houses most of the services related to the Presidency of the Republic and the General Secretariat of the Republic. Its shape, its architecture and its presence illuminate all the political capital of Cameroon. Designed by Clement Olivier Cacoub a Franco-Tunisian, the main building sits in the middle of this complex that stretches over several hectares above a hill. A masterpiece ! The Union buildings house the offices of the President of South Africa. The building, inscribed in the register of national monuments, is one of the main centers of the country’s political life and a popular and tourist emblem of the city of Pretoria. The buildings of the Union were built between 1909 and 1913 on the plans of the architect Herbert Baker. They are of a finesse and a remarkable clarity. The standing and class of this palace has nothing to envy to those of the West. White in color like other great palaces of the world, it is huge, subtly decorated and full of symbols. It imposes the respect of the country for all the visitors who cross its breast. The Flagstaff House which serves as the residence and office for each incumbent President in Ghana was built under the presidency of John Agyekum Kufuor. Its beauty and brilliance are the pride of the political capital Accra. The cost of construction is close to $ 50 million. Like Côte d’Ivoire, here is another country with two presidential palaces: Ambohitsirohitra Palace and Iavoloha Palace. Located 15 km from the capital, the Iavoloha Palace is huge. It has always been painted white and its architecture is almost identical to that of the Queen’s Palace in Manjakamiadana, sovereign of Madagascar in the nineteenth century. It is often the object of curiosity on the part of tourists passing through Antananarivo, so beautiful it is.

When you are told about the works of the spirit, here is an example. The Khartoum Palace is a masterpiece, its splendor and particularity characterized by its border with the Nile is a strategic asset. Mauritania’s presidential palace is located in the centre of the city, northwest of the Lebanese International University, and adjacent to the US embassy. It is made to sit on extensive grounds and beautiful gardens and is indisputably the most spectacular landmark in the city. This site houses the President of Mauritania and is the principal administrative office of the government of Mauritania. It was built by Chinese contractors. The Palace of the President of Senegal is considered a historic house. It was the official residence of the Governor-General of French West Africa, who has now become the head of the state and is located on the Plateau. The construction of the Presidential Palace in Dakar started in 1902 by Gaston Doumergue who was then Minister of the Colonies living in St. Louis and intended staying in the capital as the governor of French West Africa at the time. With the classic white outlook and spacious gardens beautifying it, Presidential Palace, Dakar, Senegal, is one of the most beautiful sites in Africa.

State House is the official residence of the President of Uganda. Situated at Entebbe, 40km south of Kampala, capital of Uganda, it is adjacent to a ceremonial “H” shaped building which hosted the Queen of England on her visit to Uganda for the Commonwealth Heads of Government Meeting. The State House had some renovations with a project cost at approximately $1.6 million.