CEMAC’s growth will be driven by structuring projects 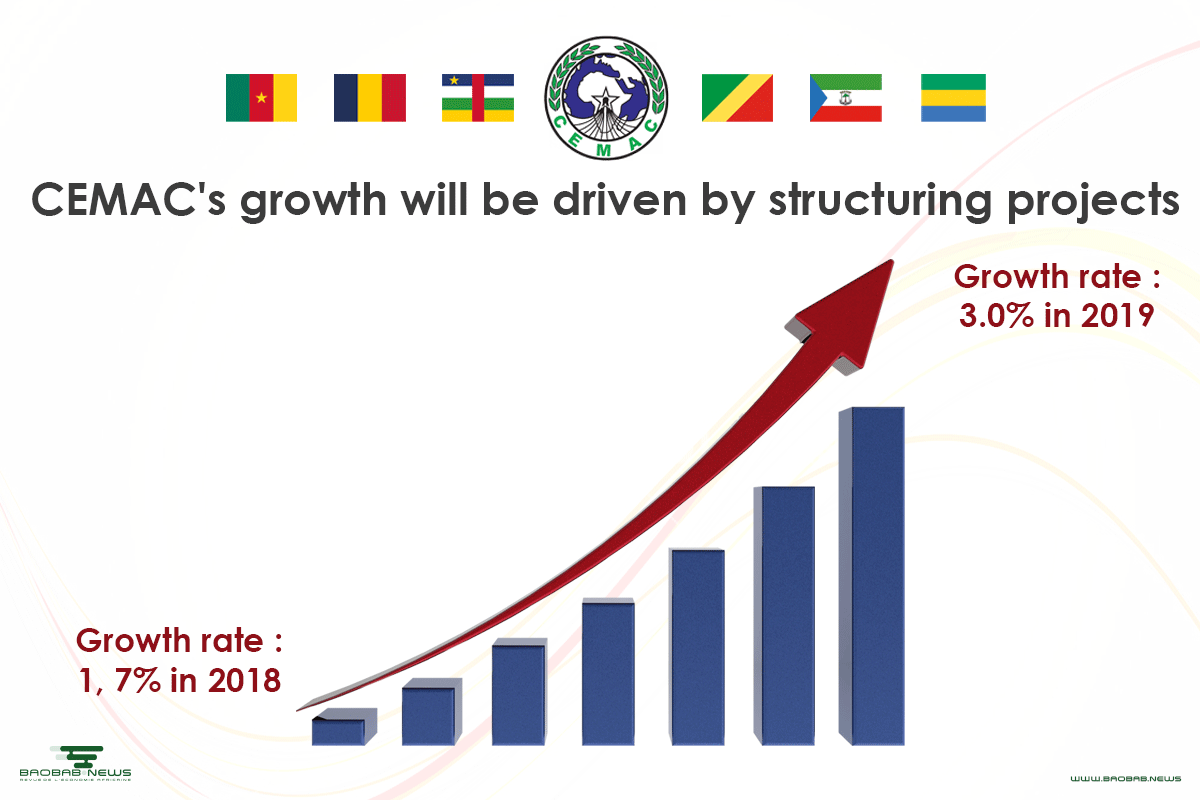 Predictions on the economic recovery of the Central African Economic and Monetary Community (CEMAC) remain optimistic. According to the annual report of the franc zone published by the Bank of France, this subregional institution (Cameroon, Congo, Gabon, Equatorial Guinea, Central African Republic Chad), should record a growth rate of 3.0% in 2019 against 1, 7% in 2018. That is an increase of more than one point.

“  The activity would be driven mainly by private investment, in the oil and non-oil sectors, and by net external demand, driven by the significant increase in volume of exports of raw materials, particularly hydrocarbons,  ” he said. The report.

This stimulation is the result of the structuring projects undertaken in the region. Several States of the sub-region have indeed launched development plans for a diversification of their economy, a better integration into the value chains and a reinforcement of the human capital, with the support of the donors of regional and international funds.

It is especially for the oil producing countries to reduce their dependence on hydrocarbons, by developing the exploitation of their agricultural, forestry or tourist potential.

Infrastructure projects have also been launched to strengthen the energy autonomy of the countries concerned (hydroelectric dam projects in Cameroon, development of the photovoltaic sector in Chad) or to increase transnational connections (Brazzaville-Yaoundé and Brazzaville roads). -Libreville, optical fiber diffusion as part of the Central African Backbone project 7).

Large international groups are, finally, stakeholders in economic diversification initiatives, like Olam (which invests in the Gabonese agricultural sector and participates in the construction of a new international airport in Libreville) or the Atlantic Cocoa Corporation (which is developing a cocoa processing business in Cameroon).