August 10, 2022
Home Baobab These are most competitive economies in Africa for 2019

These are most competitive economies in Africa for 2019 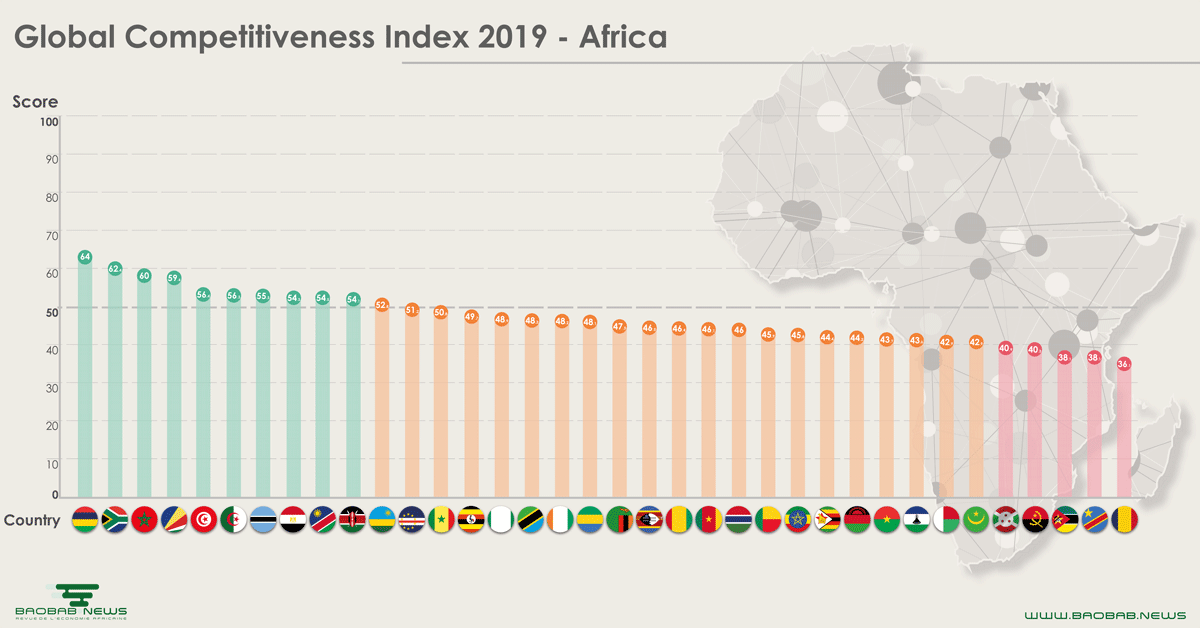 The World Economic Forum recently published the 2019 edition of its report on competitiveness. This year, there are 141 economies of which 37 African were ranked according to 12 indicators grouped into four (4) main categories.

The first category relates to the business environment, which groups together 4 indicators namely: institutions, infrastructures, the level of digitization, and macroeconomic stability.

The second category, human capital, is based on health progress and the skill level of the population. The third category focuses on the economic structure across the level of production, the financial system and the size of the market. Finally, the fourth category scrutinizes the dynamism of companies and their capacity for innovation.

Among the African countries, Mauritius is at the top of this ranking (52 nd ) with a score of 64/100, well above average. In particular, the country has performed well on some indicators such as macroeconomic stability (89), the financial system (77), and the health system.

South Africa ranks second on the continent (60 th) with a general score of 62/100, driven by indicators such as macroeconomic stability (88), the financial system (83), and the size of its market (69).

Next, Morocco (75 th ), which has a general score of 60/100, with good performances in terms of certain indicators in particular, macroeconomic stability (90), infrastructures (73), and the system. health care (72).

At the global level, of the 25 countries that have improved their health indicator performance, 17 are African.

The 2019 African Index of Competitiveness of the World Economic Forum