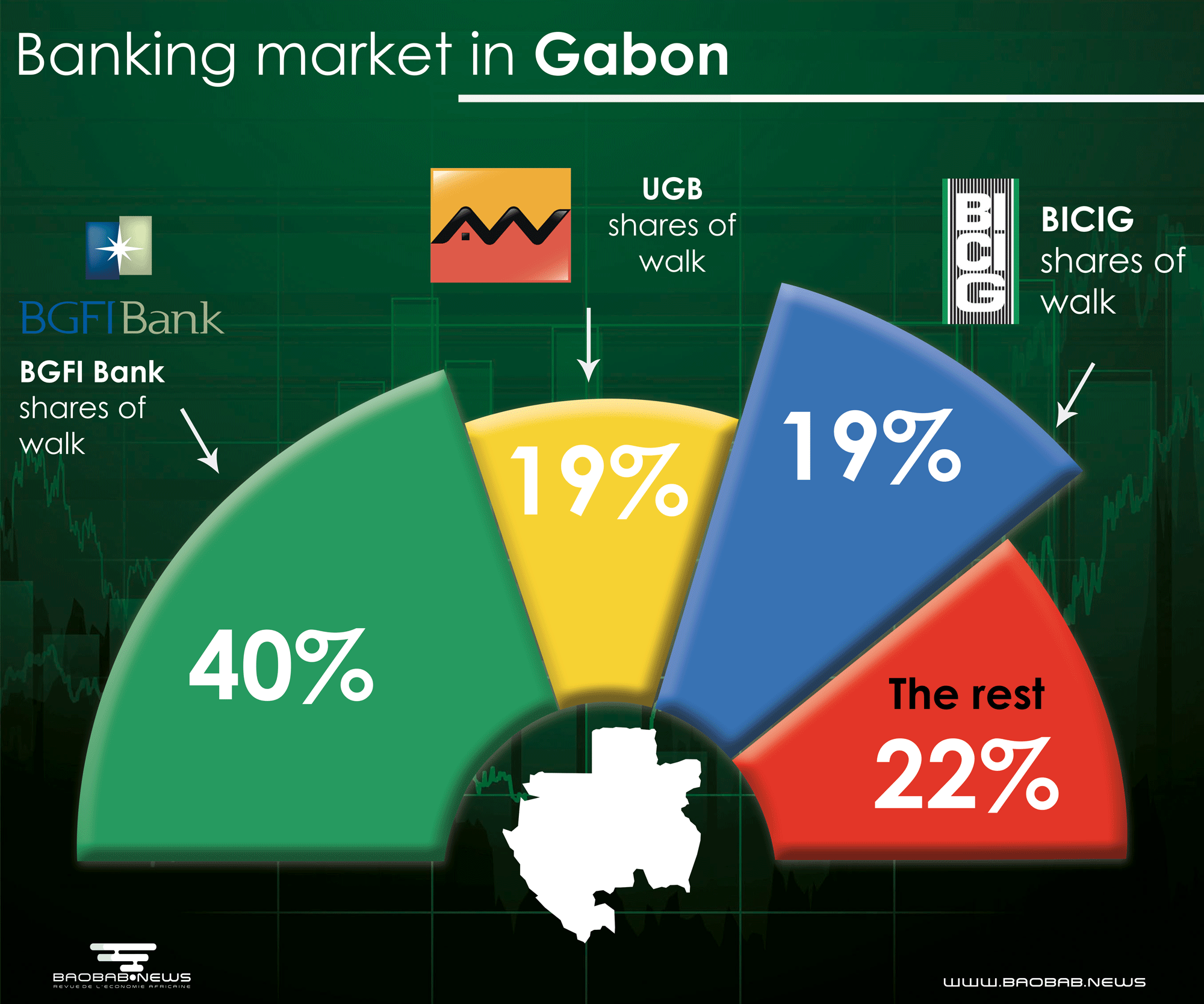 According to a report by the economic services of the French Embassy in Gabon, the banking market remains young and has few actors. It is dominated by three banks: BGFI Bank, BICIG and UGB, which account for more than 75% of jobs.