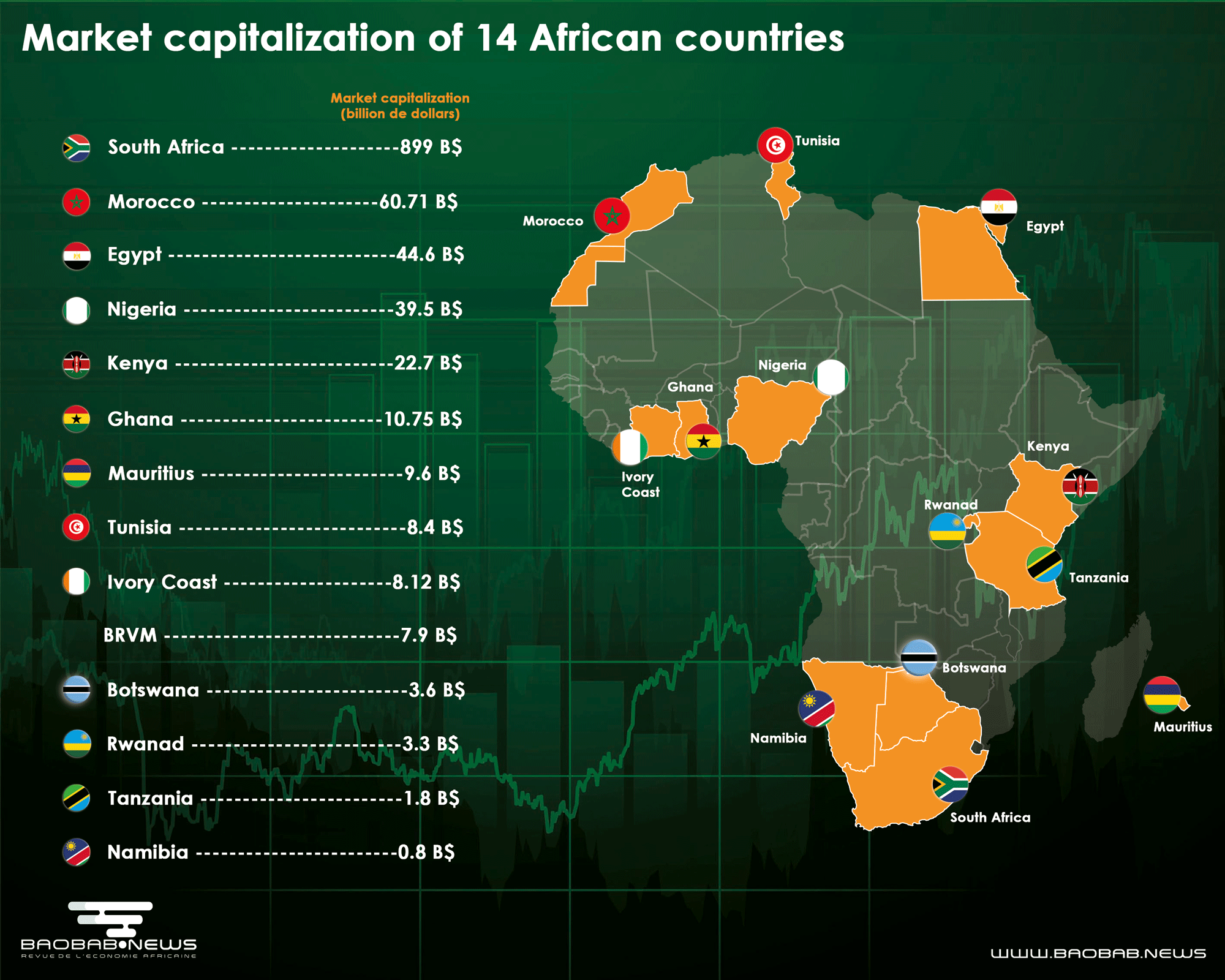 The market capitalization of companies listed on the 14 largest stock exchanges in Africa amounted to $ 1120.78 billion. It was able to bring together the Ecofin Agency on the basis of various data collected on these financial markets.

Morocco ranks second in this ranking with a market capitalization equivalent to $ 60.7 billion. Then come Egypt ($ 44.6 billion) and Nigeria ($ 39.5 billion). The last two countries lost much value in US dollars because of the external shocks they suffered between 2016 and 2017, which will have led to adjustments of their currency and a flight of investments, especially foreign investments.

But beyond the crisis, African stock markets have lost their appeal and are illiquid. For example, these 14 largest stock markets in Africa are four times smaller than the world’s top five publicly traded companies, which at the same time had close to $ 4355 billion. In addition, the analysis of returns over the last five years, adjusted to the value of the US dollar, shows potential losses in value on investments, except for Malawi and Namibia.