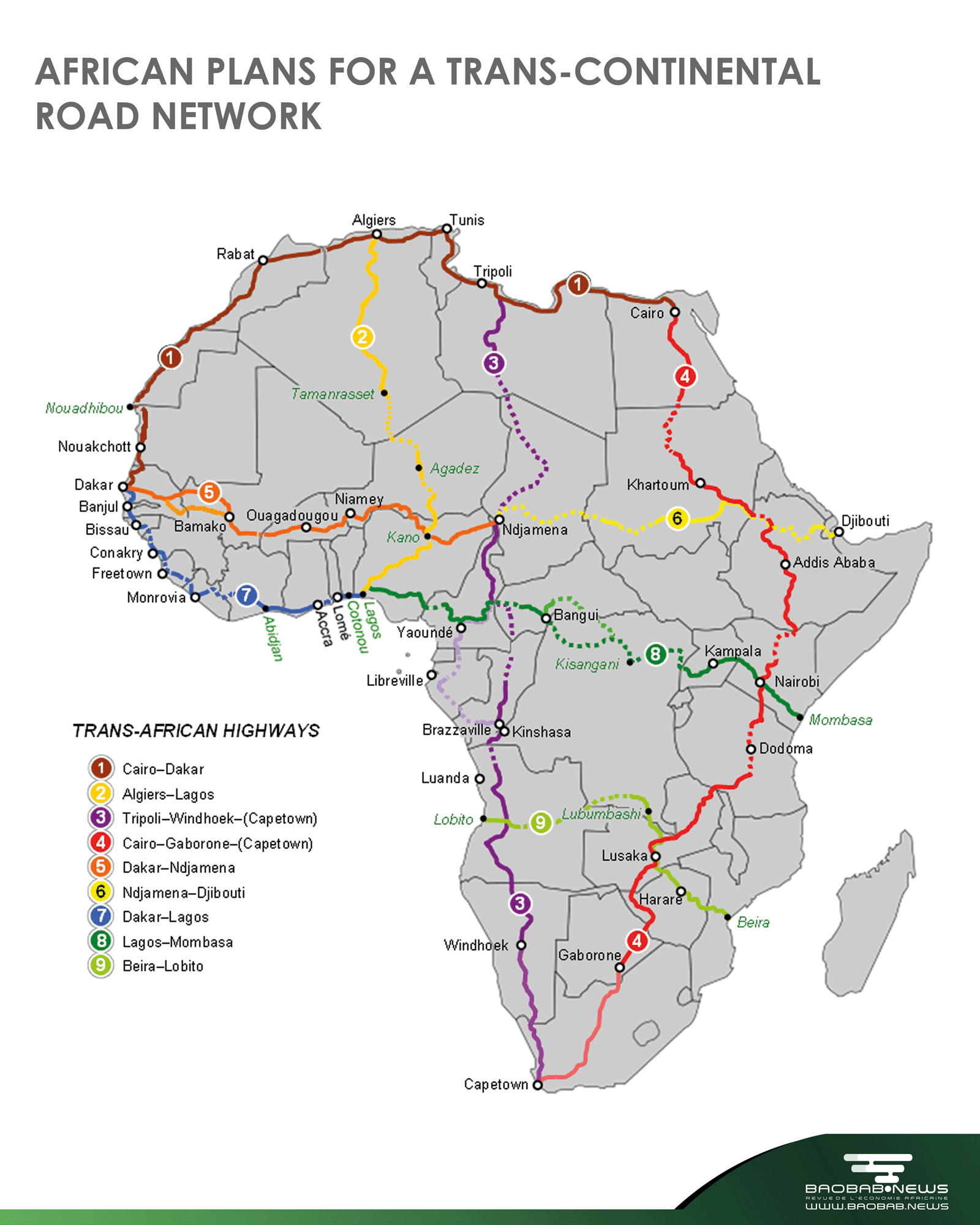 The trans-African master plan consisted of ten highways totalling a length of 57 300 km, from Cairo to Cape Town and from Dakar to Djibouti. The density of this ideal network, equivalent to 1.9 km of road per 1 000 km2 is four times lower than that of the current American interstate highway network. In West Africa, the envisaged highways would link Dakar to N’Djaména via the Sahelian belt, Dakar to Lagos via the Gulf of Guinea and Lagos to the Central African Republic via Yaoundé in Cameroon. There are plans for three major trans-Saharan routes: one to link Mauritania to North Africa via the Moroccan coast, the second to connect Algiers to Nigeria via Agades and the third to link Tripoli with Chad via Fezzan. The maintenance done on existing road networks and progress on the trunks to be built varies significantly from country to country. While some missing links have been completed, for example, between Nouadhibou and Nouakchott and between Kayes and Bamako, other road segments have not yet been paved or are unlikely to be completed in the near future due to political instability, as is the case in southern Libya. 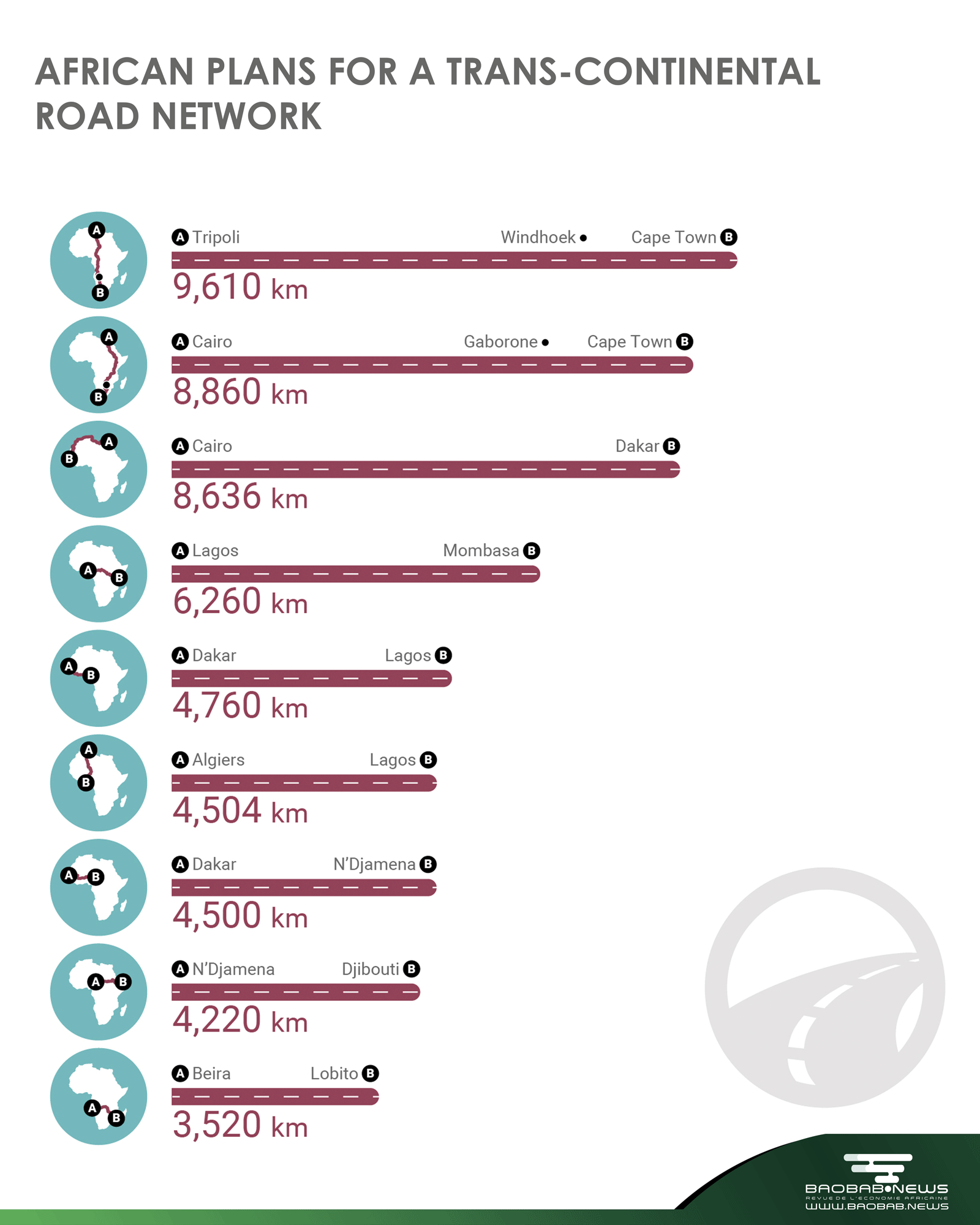