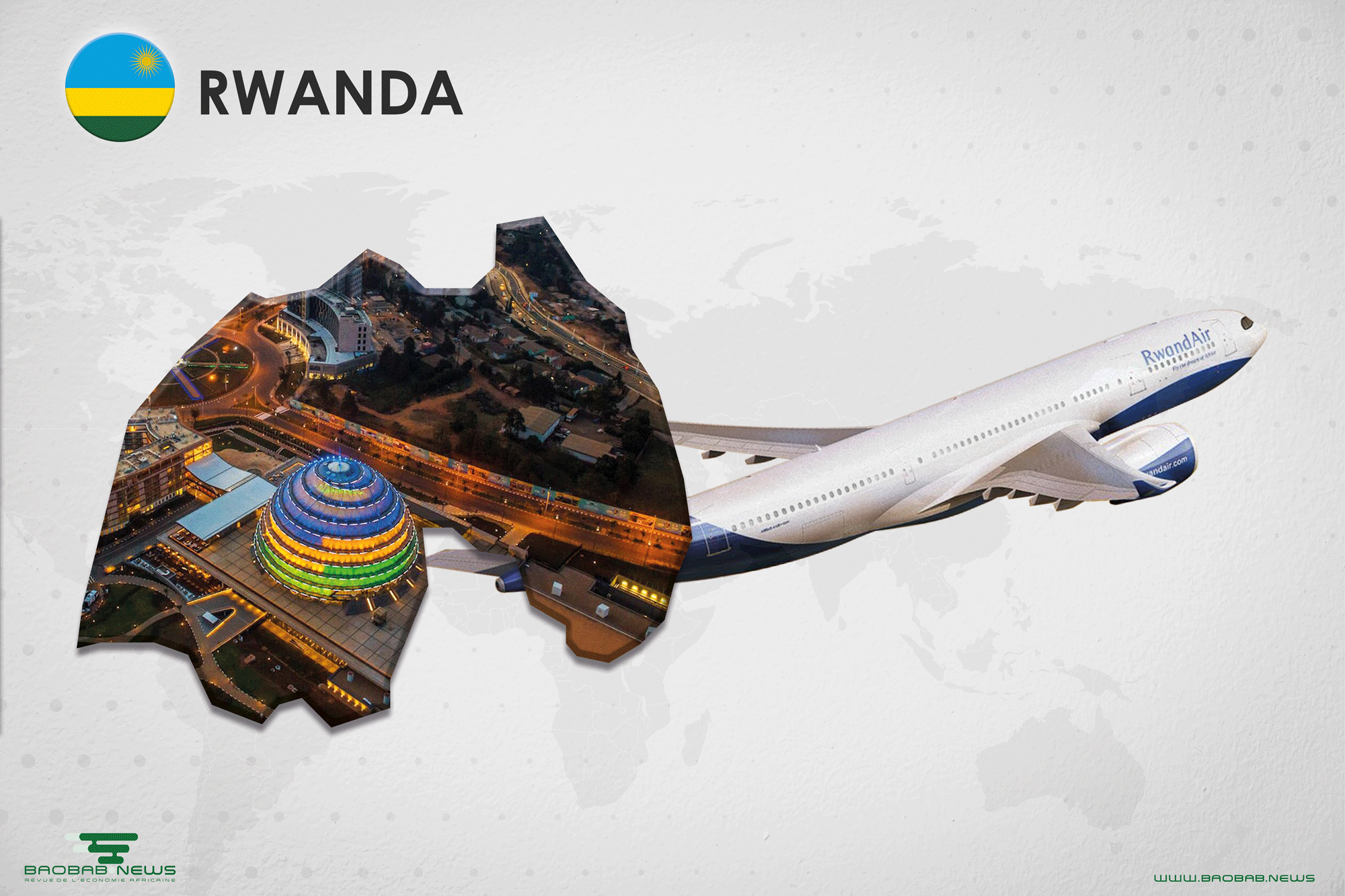 The Rwandan capital is now one of the top 3 African cities for convention hosting and high-end hotels. A growth lever soon reinforced with the delivery of the new airport in 2020.

How to attract investors and become a place of business unavoidable in Africa when one is a landlocked country, especially agricultural and little industrialized, with a very expensive electricity? In a few years, Rwanda has managed to turn its handicaps into assets by betting on tourism as a lever for development.

By selling to visitors the beauty of its landscapes and an exemplary business climate, the sector generated $ 438 million in revenues in 2017 (+ 7%). According to the Minister of Transport, Jean de Dieu Uwihanganye, this manna is expected to double by 2024, thanks in particular to the development of conference tourism, which should have brought $ 74 million in 2018, against 42 million in 2017.

Number two on the continent

In two years, the country has moved from thirteenth to second place for conferences on the continent, behind South Africa and Morocco.

Pivot of this approach, the Convention Center, inaugurated in 2015 and whose dome illuminates the entire city, which was backed by a Radisson Blu hotel. The latter was the locomotive for the installation of other establishments in the capital (Marriott, Park Inn or Onomo), not to mention the opening, in 2018, of the luxury lodge Nyungwe House, the group One & Only, at the on the edge of Nyungwe National Park (West).

According to the US firm JLL, 300 new rooms are expected to come out of the ground by 2020. A Ramada hotel is announced for this year, and a Sheraton for 2023. A model that some observers are drawing closer to the one developed thirty years ago in a still embryonic Dubai under the impulse of Emir Al Maktoum, and whose other engine was the development of an airline, Emirates, now a global giant. For Kigali, this company is called RwandAir.

Based on 1.2 million passengers this year (1 million in 2017-2018, 700,000 in 2016-2017), RwandAir already serves 26 destinations (22 on the continent) and is even competing for market share from Cotonou to Air Côte of Ivory Coast and Asky on the capitals of West and Central Africa by practicing some tariff dumping.

After inaugurating, in mid-April, the line to Kinshasa – strong in symbols – new routes were opened in June, such as Tel Aviv and Canton (very important market for African traders, hitherto captured by Ethiopian and the companies of the Gulf), and others are envisaged, like New York (via Accra), Frankfurt, Rome, Khartoum, Luanda, even a Cotonou-Paris which would come to compete with Air France …

An expansion that can only be done by doubling by 2023 a fleet now composed of a dozen devices. Two Airbus A330neos are to be received this year, as well as two 737 Max, despite the tragedy of the Ethiopian flight.

THE TRUE VALUE OF RWANDAIR IS NOT ITS INTRINSIC VALUE. IT’S AN ADDITIVE TO OTHER STRATEGIES

But, as JA Yvonne Makolo, director general of RwandAir, said, “the goal is not necessarily to make profits immediately.  [The company]  will one day be profitable, the priority is to expand and look for ways to connect Rwanda. “The true value of RwandAir is not its intrinsic value. It is an adjunct to other strategies, “adds political scientist Jean-Paul Kimonyo, special adviser to President Kagame.

“What Rwanda is losing on the one hand, it also regains GDP,” says another expert. And Clare Akamanzi, Director General of the Rwanda Development Board (RDB), reminded that Kigali wants to become a hub in education, medical tourism, corporate headquarters and finance, but also attract investors in the sector. manufacturing, building materials, textiles and food processing, while developing its mining potential.

Ambitions that can not be fully satisfied with the new Bugesera airport, which, like RwandAir, should benefit from Qatari investments. The teams of the Portuguese construction firm Mota-Engil are busy to emerge the largest construction site in the country in the first half of 2020.

The $ 800 million airport will accommodate 4.5 million passengers while creating 2,000 jobs in maintenance and cargo. “We are opening up new growth sectors that allow us to lower the import price of raw materials and machine tools, to facilitate and increase exports. For that, we are ready to assume losses. It’s an economic bet, “insists Jean-Paul Kimonyo.