What are the best universities in Africa in 2019? 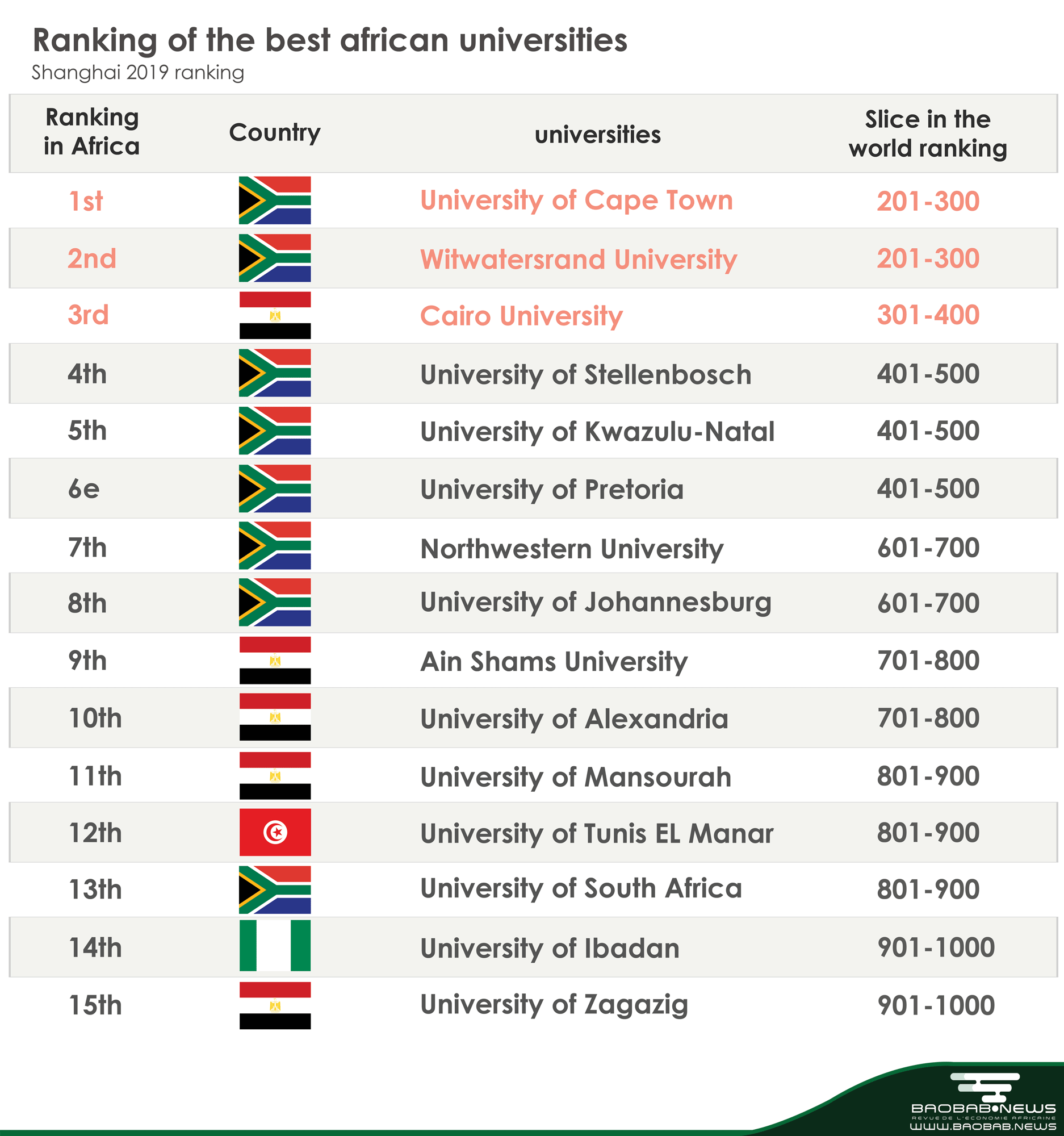 The independent firm Shanghai Ranking Consultancy, has published its ranking of the best higher education institutions in the world. The 2019 edition features 15 African universities from four countries including South Africa, Egypt, Tunisia and Nigeria.

With eight universities in the rankings, South Africa once again dominates the continent. Egypt is represented by five institutions, Tunisia and Nigeria by one each. It is the University of Cape Town, ranked in the top 300 world which is the first of the country and Africa. It is followed by the University of Witwatersrand (Wits University) in Johannesburg and that of Cairo in Egypt.

The other African institutions in the rankings are the universities of Stellenbosch, KwaZulu-Natal, Pretoria, North West and South Africa for the Republic of South Africa. Ain Shams University, Alexandria University of Mansoura and Zagazig University in Egypt, Tunis El Manar University in Tunisia and Ibadan University in Nigeria.

Shanghai Ranking Consultancy ranks since 2003 ranks the top 500 higher education institutions in the world. The ranking takes into account six criteria, including the number of Nobels and medals among graduate students and professors, the number of most cited researchers in their discipline, or the number of publications in Science and Nature journals.