January 17, 2022
Home Baobab Air transport: which are Africa’s most profitable routes in 2019?

Air transport: which are Africa’s most profitable routes in 2019? 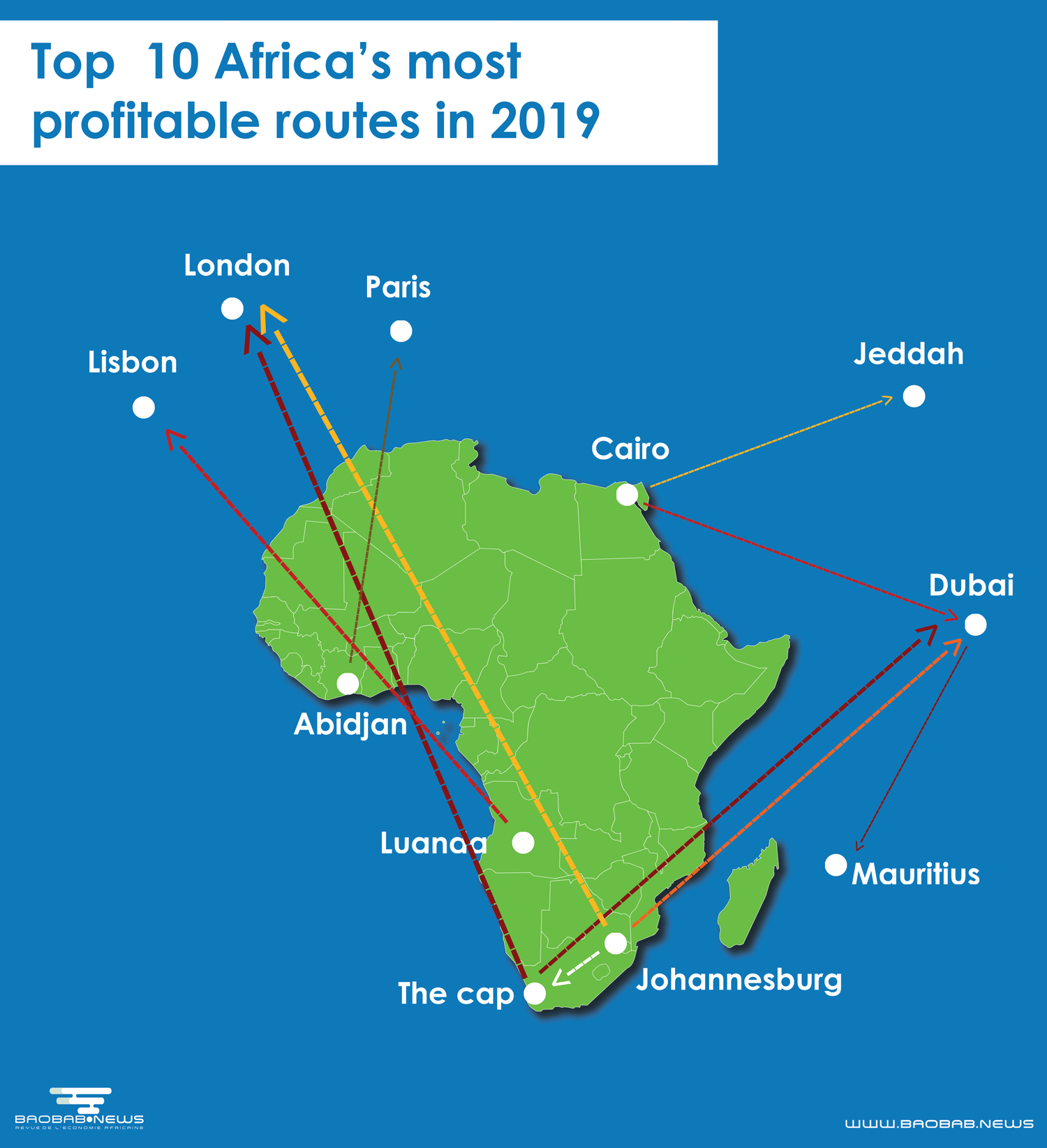 Africa’s ten most profitable air routes have been unveiled by the analysis company OAG. Emirates and South African routes dominate the ranking. The only West African route in this top 10: Abidjan-Paris, in eighth place.

Emirates operates the most profitable routes on the continent, half of which connect South Africa to Europe or Asia.

The only line in the top 10 in West Africa is Abidjan-Paris, operated by Air France, which generates $175 million: it ranks eighth thanks to its many business customers.

According to various analysts, with three daily flights it may even be among Air France’s most profitable routes.

A recipe for profitability?

How can the increased profitability of an air route be explained? “It’s hard to answer,” says John Grant, an aviation analyst and vice-president of the OAG.

Each company, each line has its own costs and suppliers, who charge different prices. Generally, the most profitable routes have a large proportion of business class travellers, who will pay a high price, or a large passenger market in tourism class throughout the year.

According to the analyst, Johannesburg Airport seems to have a combination of these two assets.

80% of intercontinental traffic linking Africa to other continents is carried by foreign companies.

The only intra-African line in the ranking is the one between Cape Town and Johannesburg (South African Airways, $185 million).

“Long-distance flights generate the most revenue, especially those with business class,” the analyst recalls. But on the continent, short- and medium-haul flights are in the majority.

This offer from African companies meets the demand of their users but is also conditioned by the regulatory barriers between states in force on the continent.

The Single Market for Air Traffic in Africa (SMATA) project aims to address these barriers (taxes and legislation) in order to facilitate intra-African connections. If the SMATA does not necessarily push continental interconnections up to the top of the OAG ranking, it will increase competition in the African sky, to the detriment of the smallest companies, some analysts warn.