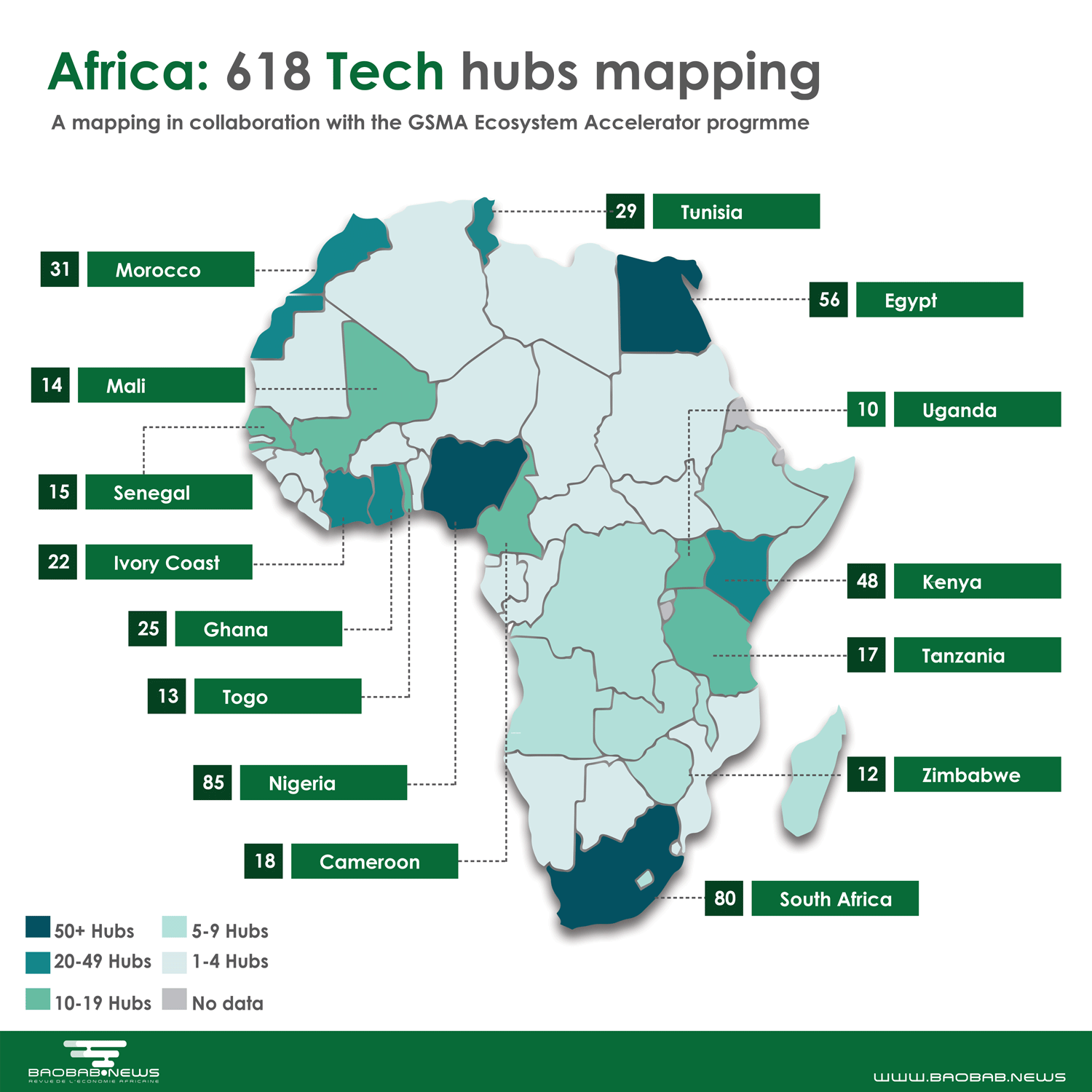 Africa’s technology ecosystems have experienced “incredible growth” as they have rapidly expanded in recent years, with 618 active tech hubs providing “the backbone of Africa’s tech ecosystem,” according to the GSMA.

This is a 40% leap over the 442 hubs counted last year, while this ecosystem was “mainly boosted by a torrent of venture funds, development finance, corporate involvement, as well as ever-growing, innovative communities,” it said.

An active tech hub is defined as “an organisation currently active with a physical local address, offering facilities and support for tech and digital entrepreneurs” in research conducted by Briter Bridges and the GSMA Ecosystem Accelerator programme, which identified an “innovation quadrangle” encompassed by Nigeria, South Africa, Egypt and Kenya.

Nigeria and South Africa are still the most advanced ecosystems, the report found, with 85 and 80 active tech hubs respectively. Lagos is now the top innovative city by number of hubs (40+), while the Western Cape, Gauteng and Durban are the core of South Africa’s tech hubs scene.

“Kenya, already established as the heart of East Africa’s technology ecosystem, with almost 50 tech hubs, represents the Eastern point of this innovation quadrangle, and new investors and corporates are flocking to Nairobi every week, looking to seize the fast-growing pool of tech talents in the country,” write the report’s co-author Dario Giuliani (Founder of Briter Bridges) and Sam Ajadi (senior insights manager at the GSMA’s Ecosystem Accelerator).

“Egypt, with 56 active hubs, is positioned as the de facto node between the African and Middle Eastern ecosystems. Cairo, among the top urbanising cities globally, has now grown to become one of the top three cities by number of hubs across the continent, competing only with Lagos and Cape Town. In addition, Cairo is home to one of the largest pools of leading venture funds, including Algebra Ventures, A15, and Sawari Ventures and several large start-ups that have recently shaken the headlines, such as Swvl, due to their massive funding rounds”.