What are the most powerful passports in Africa in 2019? 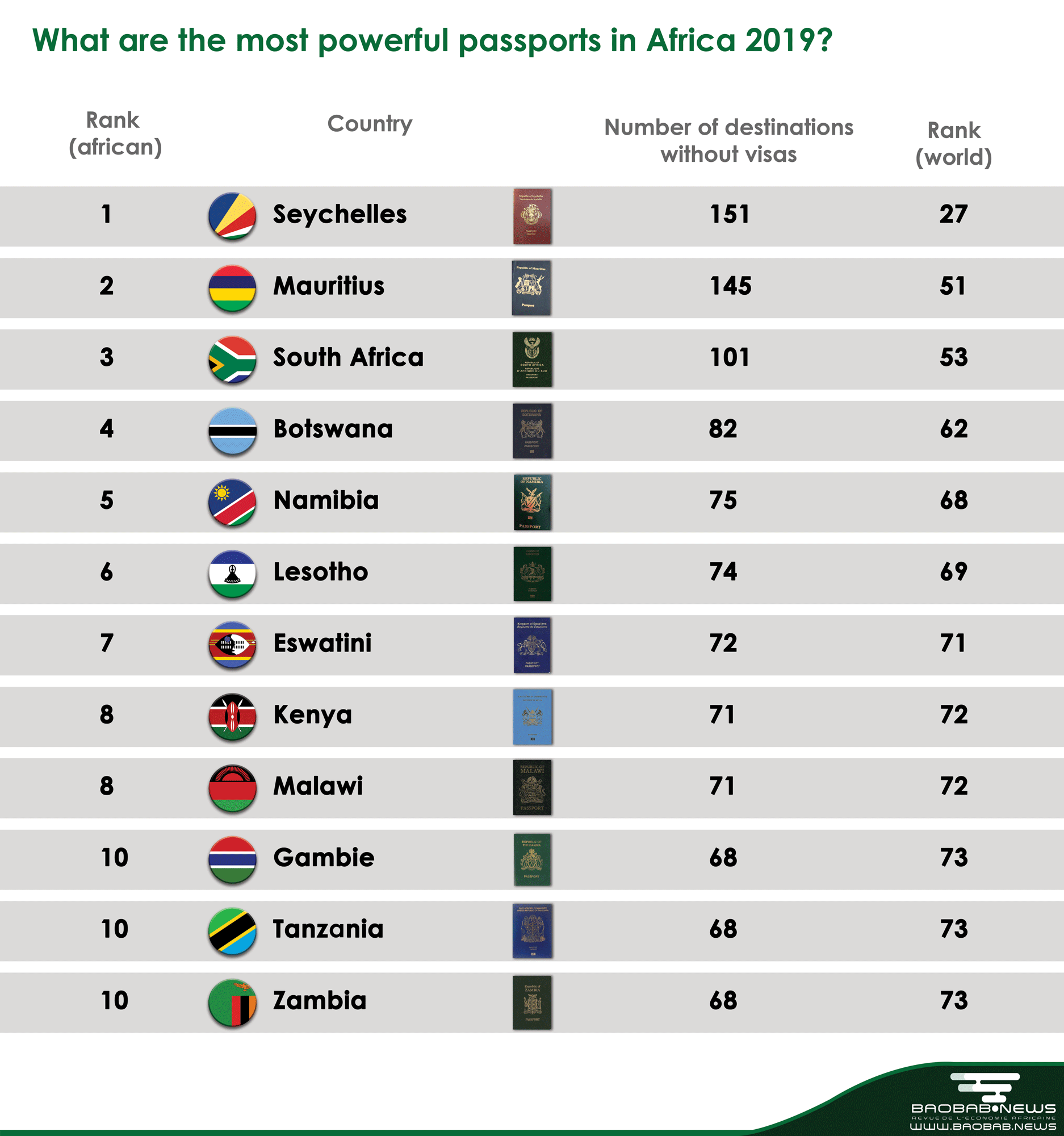 Henley & Partners has recently released a passport filing document that allows cardholders to enter more countries around the world without the need for a prior visa.

In Africa, the most powerful passport is that of Seychelles which ranks 27 globally and gives access to 141 countries. It is followed by the Mauritian and South African passports, which respectively give access to 134 and 100 countries, Botswana and Namibia respectively 4th and 5th in the African ranking. Guinea arrives at the 24th tie with Senegal and Ivory Coast, 82nd in the world with 56 destinations without visas …

Among the African nations included in this ranking, Somalia is the one with the weakest passport. Indeed, its holder can enter freely only in 32 countries.

Find the rest of the ranking in the table below: