Who are the Richest African Rappers in 2019 ? 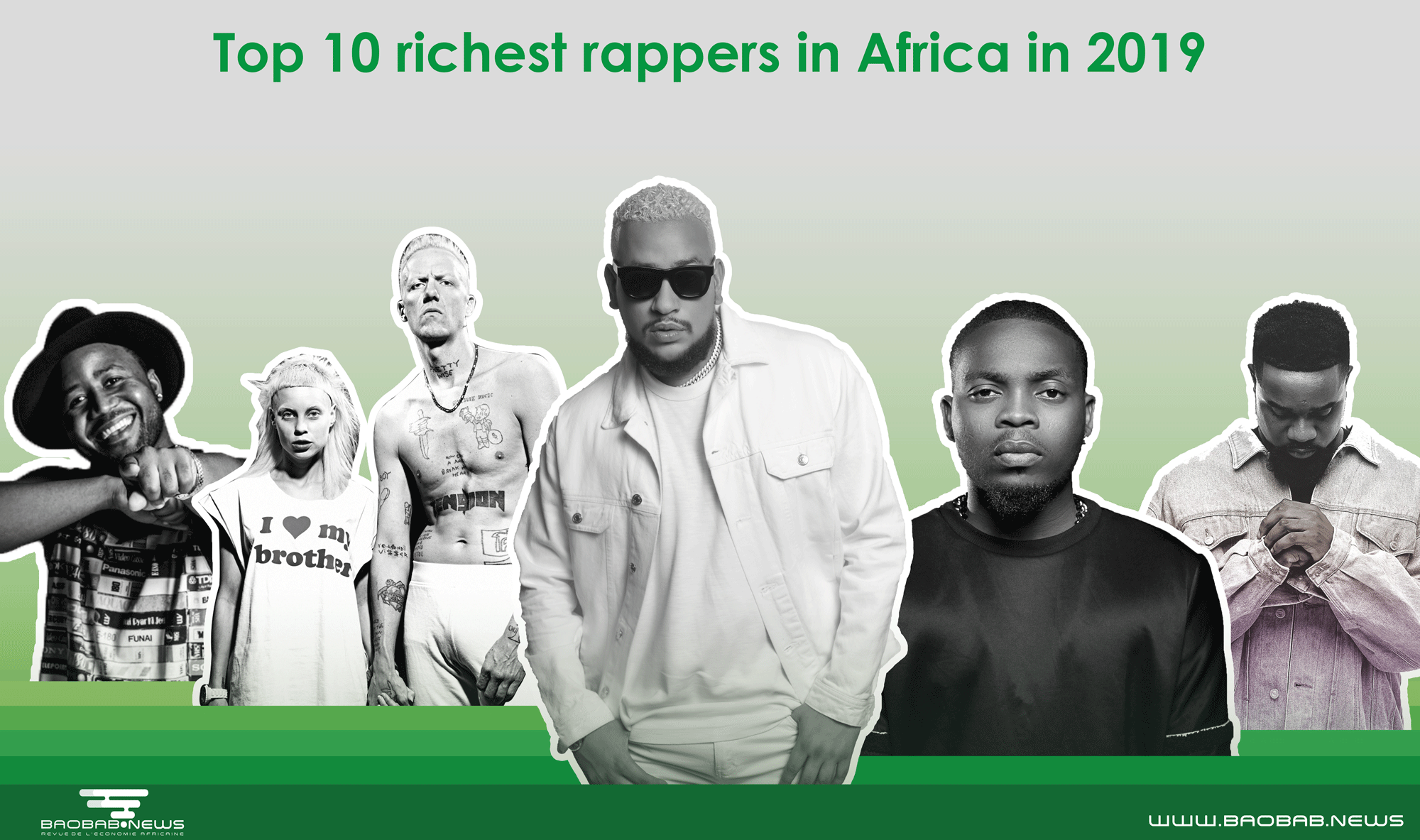 Are you still interested who are the richest rappers in Africa and what is their net worth? Then do not waste time, check out top 10 richest musicians in Africa 2019.

This list of best and richest rappers in Africa was compiled according to the latest African Forbes 2018 data as well.

AKA, whose real name is Kiernan Jarryd Forbes, is a South African rapper, record producer, and entrepreneur. AKA run into African music world presenting his hits “Problems,” “In My Walk” and “Do It.” And one of them was the most significant since it placed number 1 on the South African 5FM Top 40.

He earned his fortune due to giving world tour shows across the UK, Europe, and America. Moreover, he’s Hennessy & Glo ambassador, CEO of digital TV channel VOTS, and also the CEO of YBNL Nation Record Label.

Michael Owusu Addo, also known as Sarkodie, is a hip-hop artiste and businessman. He started his career by launching a debut album “Makye” with hit singles “Push” and “Baby.” The next was the Rapperholic album with “Good Bye,” “One Time For Your Mind,” “You Go Kill Me,” “Living Legend,” and “Onyame Nhyira” hits. Then were such albums as “Sarkology,” “Mary,” “Highest,” “T.M.G.” He has his own “Sark by Yas” clothing line for men, women, and children.

Die Antwoord is made up of 2 rappers, Ninja and Yolandi Visser. This is a South African hip-hop group formed in 2008. Their image and music styles possess some elements of a “zef” culture movement, which is greatly exemplified in their music videos.

Refiloe Maele Phoolo, whose stage name is Cassper Nyovest, is a rapper and producer who enters the top list of the richest in Africa. He started his musical career in a band “Childhood Gangsta” in 2004. Then worked within the “Slow Motion” group, and finally became a solo artist. His solo career was opened with a debut album “Tsholofelo”. Since then his music has attracted much attention, and his singles are placed on the top of various music charts. He is known to perform alongside many famous, talented, and wealthy musicians. And has collaborated with AKA a lot. Speaking about his net worth, he has been earning his fortune due to his music and concerts sales.

Phyno, whose real name Chibuzor Nelson Azubuike, is a great musician, outstanding rapper, and talented producer. Phyno is considered to enter the top 5 list of the fastest rappers in Africa. This artist is known to perform alongside other musicians, including Timaya, Flavour, and others. Besides being a musician, he is also a brand ambassador of Nairabet, GLO. his net worth is estimated to reach $2 million.

Olubankole Wellington, whose stage name is Banky W, is a talented and outstanding musician, rapper, and actor. He enters this top 10 list of the richest singers in Africa not only due to his musical performance and career. He has earned his fortune because he is a good businessman also. Banky W is a co-founder of Empire Mates Entertainment. He is also known to be the first official ambassador of Nigeria Samsung electronics. Besides these, Banky W is a brand ambassador for multinational companies such as Uber and Ciroc ultra-premium vodka.

M.I Abaga is another successful and wealthy African rapper, and he is in our top 10 list of the richest musician in Africa 2018. Besides earning money from his single and acclaimed albums, he is also said to be the primary stakeholder of Chocolate City Records. And all these made his net worth $1.5 million.

Thato Madonsela, whose stage name is L-Tido, is African independent hip-hop recording artiste. He has already received many awards including the Best Newcomer in Africa award at the 2010 Channel O Music Video Awards. His independent music career started in 2009 after releasing the mixtape «City of Gold» with lots of hit singles. But his real breakthrough was due to his debut album ‘All or Nothing’ released in 2011. In 2013 L-Tido released the second album ‘All of Me’, which get the number 2 on iTunes SA Hip-Hop chart. L-Tido has worked alongside such musicians, as Cassper Nyovest, Banky W, Wizkid, Ice-prince, Sarkodie. Thus, producing successful and worldwide popular albums and hits, L-Tido has made his net worth reach $280,000.

And the last, but not the least, is young and very talented Nasty C, who has just started his career. He is famous for his hit singles “Way to go,” “Juice Back,” “Hell Naw,” “Bamm Bamm,” “Don’t do it,” “Around here,” “Uno,” and others. Moreover, he has won lots of Awards and nominations. He’s known to be very rich and wealthy.