Fuel price in Africa: How much do you pay? 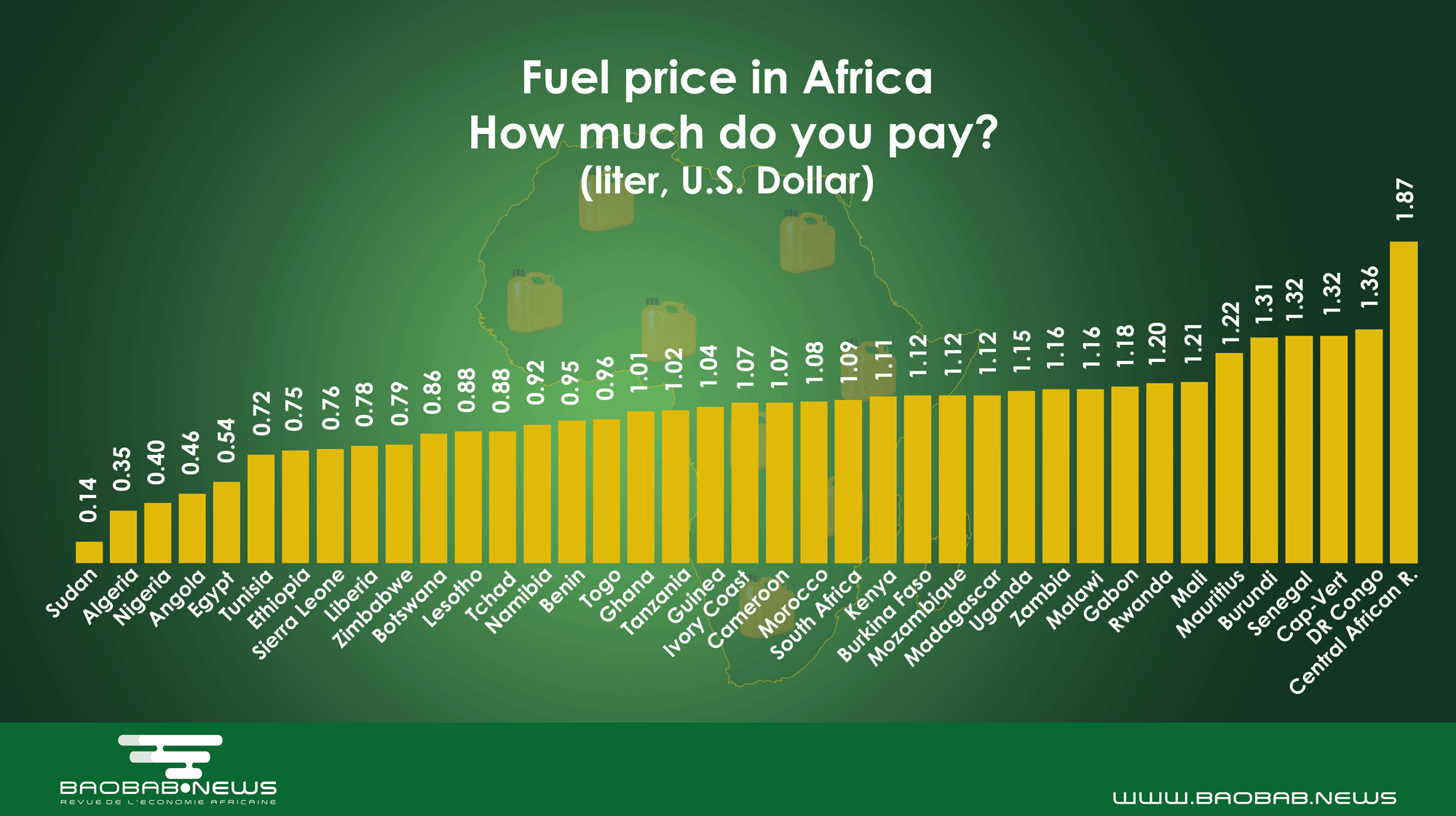 Fuel Prices, August-2019: The average price of Fuel worldwide, is 1.12 (US Dollar) per liter. There is a significant difference in these prices between different countries. Generally, the rich countries have higher prices while the poorer countries and the countries that produce and export oil have much lower prices. The price differences between countries are due to various taxes and subsidies for gasoline. All countries have access to the same oil prices on international markets, but they impose different taxes. As a result, gas prices are different.

With 0.72 Dollar per liter of gasoline, Tunisia is the second Maghreb country after Algeria where fuel is the cheapest according to the reference site Global Petrol Prices. Ethiopia (0.75 Dollar), Sierra Leone (0.76 Dollar), Liberia (0.78 Dollar) and Zimbabwe (0.79 Dollar) close the Top 10 of the ranking.