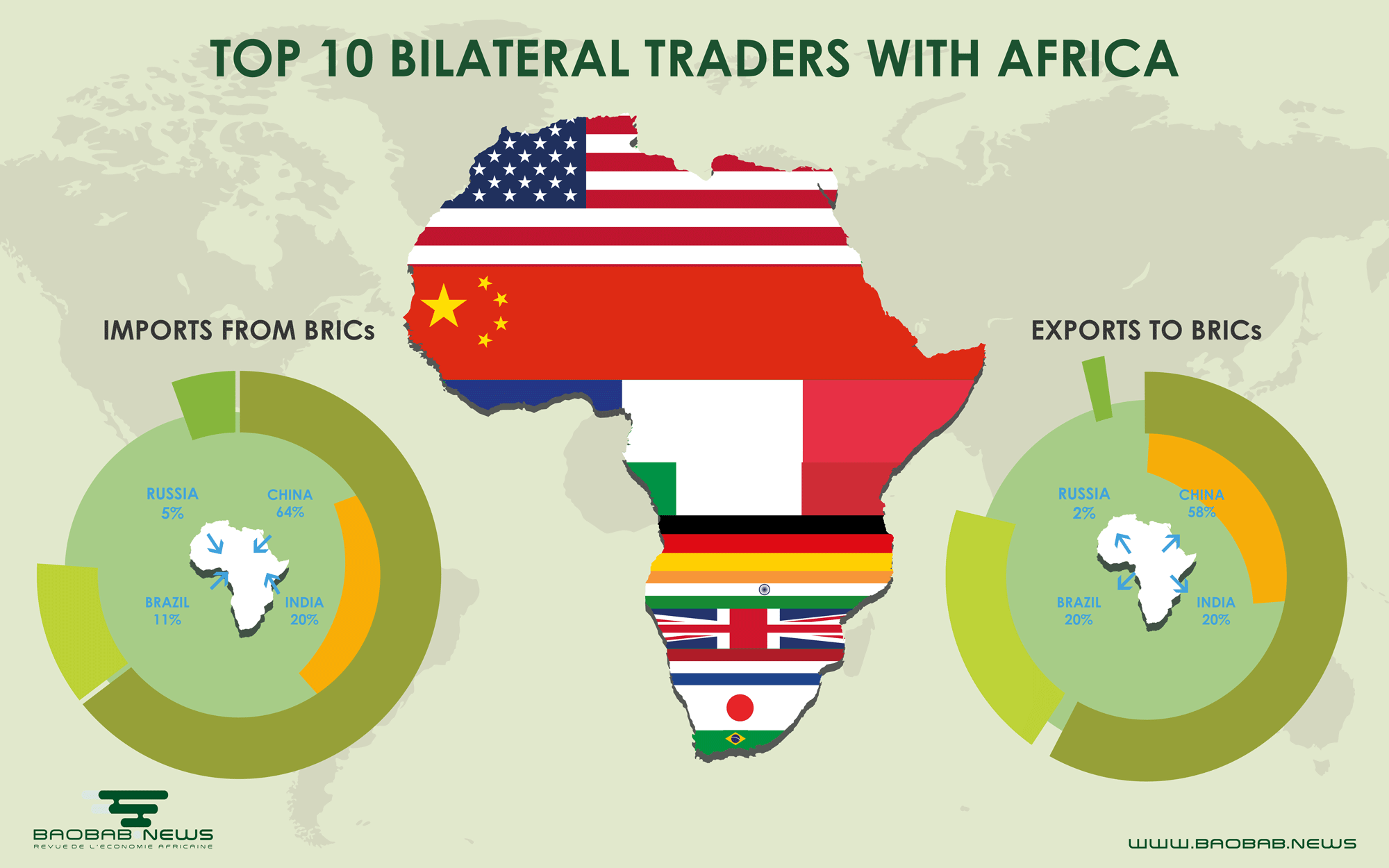 South Africa is seen as a gateway to the now-popular African market. To what extent does the continent currently benefit from the main emerging markets of the emerging economies group BRICS (composed of Brazil, Russia, India, China and South Africa)? According to a new report released by the United Nations Conference on Trade and Development (UNCTAD), Africa accounts for only 4 percent of BRICS ‘combined outflows of foreign direct investment (FDI); However, BRICS investments in Africa account for a quarter of the continent’s total inflows.

“In contrast, China is the world’s second largest economy, Brazil the seventh, Russia the ninth and India the tenth.”

“FDI stocks to another BRICS account for only 3.2% of Indian outward stocks, 2.2% of Chinese stocks, 0.3% of Russian and Brazilian outflows …” – UNCTAD

In our infographic above, you can see the main imports and exports to and from Africa for each of the BRIC countries. We also included the figure corresponding to the total trade inflows and outflows between each country and Africa.

Above, we examine bilateral trade relations between Africa and each of the BRIC countries (with the exception of South Africa) – the largest trading partners of Africa and India at its booming partners, Brazil and Russia, plunge us into the history of these commercial relationships.