Hootsuite unveils the latest edition of their Annual Digital Report, which delivers the latest international data and trends in digital, social media, mobile and internet.

With this new report, Hootsuite offers us encrypted data on Internet, social and mobile usage patterns. We will focus on Africa data for 2019 compared to last year.

First of all, we propose to discover data specific to Africa and the world on digital, social media, mobile and internet in 2019: 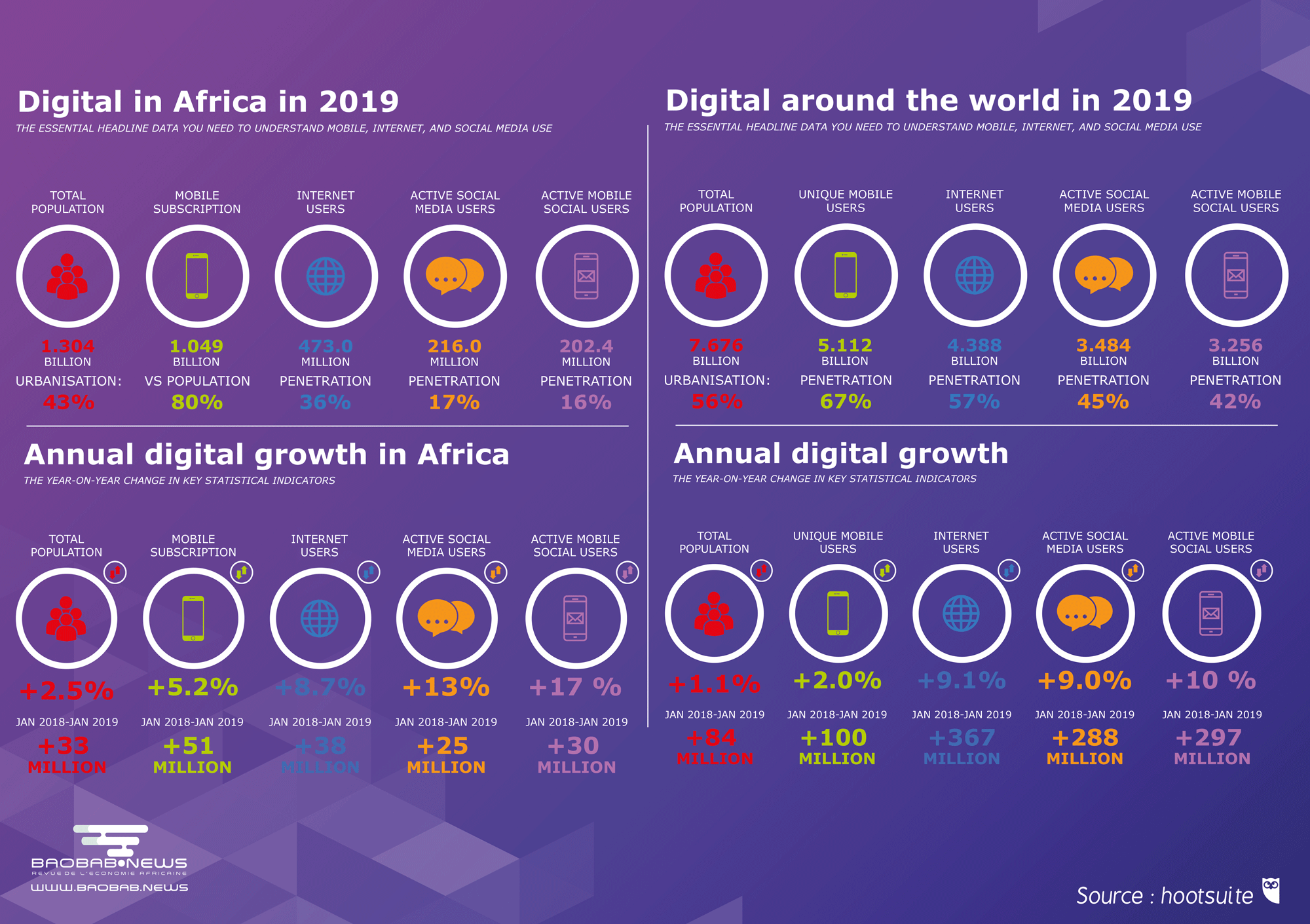 We’ll explore all of the key trends and insights from this year’s reports in detail below, but here are the essential headlines you need in order to understand ‘Digital in 2019’:

2018 really was another year of impressive growth across all things digital. However, perhaps the most compelling story in this year’s numbers is that internet user growth actually accelerated in the past year, with more than 366 million new users coming online since we published our Digital 2018 reports.

Our latest internet data – collected and synthesised from a wide variety of reputable sources – shows that internet users are growing at a rate of more than 11 new users per second, which results in that impressive total of one million new users each day. It’s worth noting that some of this growth may be attributable to more up-to-date reporting of user numbers, but that doesn’t detract from the implications of this growth.

African countries dominate the ranking of fastest-growing regions, although many of them are relatively small. Western Sahara recorded the largest relative gains, as the number of Internet users in the country has increased five-fold since January 2018.

The number of people using mobile phones around the world increased by 100 million in 2018, representing more than 5.1 billion users in January 2019. This brings the mobile penetration rate to 67% – more than two-thirds of the total world population.

The number of social media users worldwide in early 2019 is about 58% of the total “eligible population”, but that number is over 70% in nearly 100 countries worldwide.

Social media penetration in many developing regions remains below 30%.

The good news is that many countries have experienced strong growth in social media usage over the last 12 months. As in the ranking of Internet growth above, Western Sahara recorded the fastest growth on social media in 2018, the number of active users in the country being multiplied by more than four and a half times.