August 11, 2022
Home Baobab How Much Does Mobile Data Cost Around Africa?

How Much Does Mobile Data Cost Around Africa? 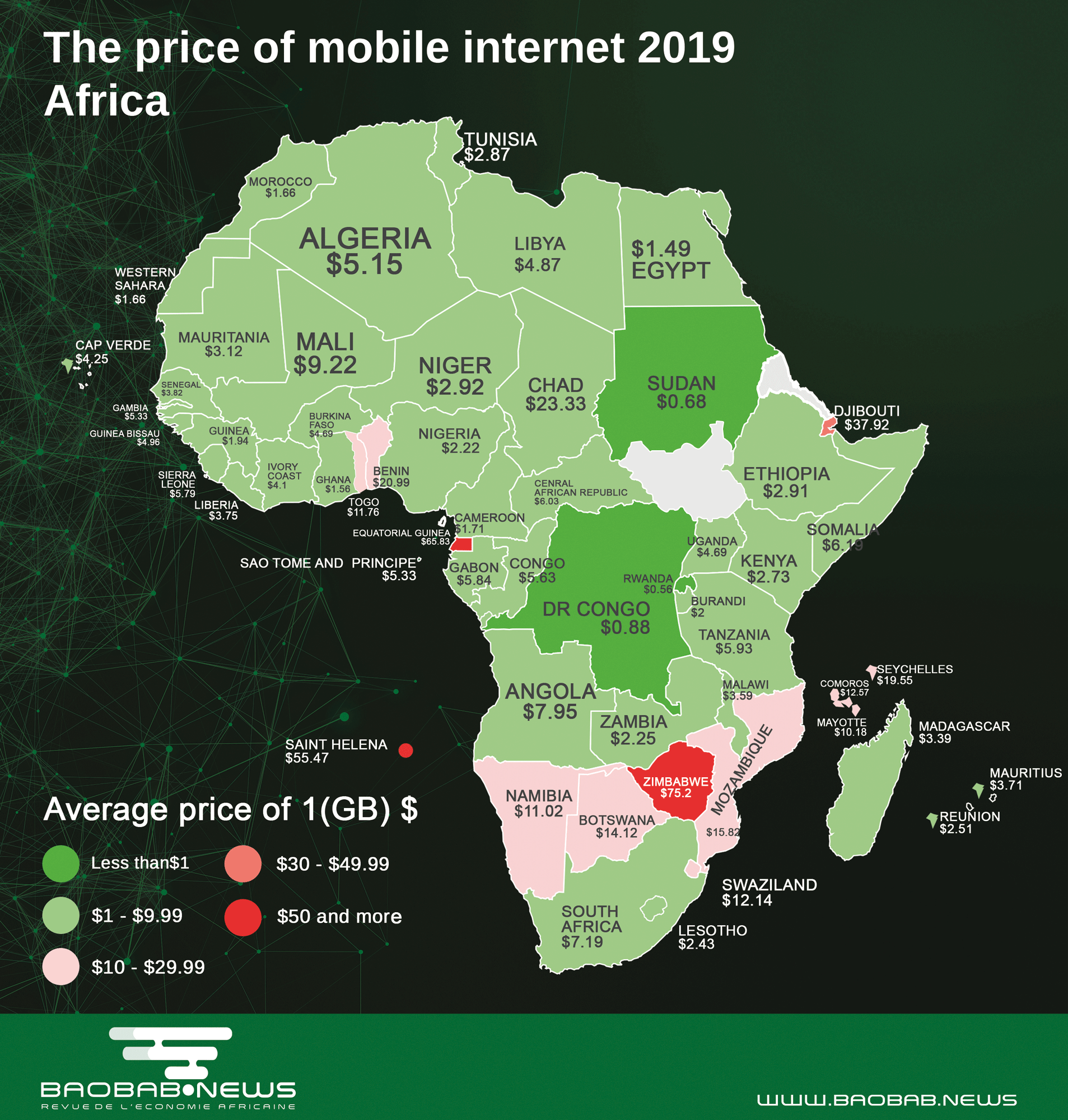 In Africa, Internet users pay for mobile data more than elsewhere. The disparities in mobile internet tariffs are abysmal, reaching up to more than 1 GB of data.

The colors on the map correspond to the price of 1 GB of mobile data in each country, with dark green being the cheapest at less than $1 and red being the most expensive at more than $50. Countries shaded in gray do not have data available. For ease of comparison, all prices are expressed in U.S. dollars.